They discussed the importance of Islam in Russia, and the examples of coexistence and harmony set by the countrys Muslims.

They also discussed positive national integration in societies, and the characteristics that Russia possesses in this regard.

They discussed the importance of maintaining diversity in societies and employing it as a force for growth, while fighting and criminalizing hostile practices such as incitement to hatred and extremism.

Matviyenko described the conference on Islam currently being organized by the MWL in Russia as historic, and the first of its kind among international conferences hosted by the country.

Addressing Al-Issa, she said: “Im sure that youre playing an important humanitarian role, and acting as an international spiritual authority worthy of appreciation for its Islamic status.”

Matviyenko added that Islam is an important element of Russian culture, as Muslims have contributed throughout history to the countrys growth and rise.

She said various religious groups in Russia are experiencing a remarkable revival, and this diversity has to be protected and turned into a force for growth.

“We offer you all the capabilities, services and assistance to promote the concepts of national integration, and well make every effort to cooperate to eliminate extremism and hatred, which breed violence and terrorism,” she added.

“Russian law criminalizes these practices and punishes them, and we always seek to combat them.”

She said the Read More – Source

Fleeing Africa to safety, then labeled as an ‘infiltrator’ in Israel 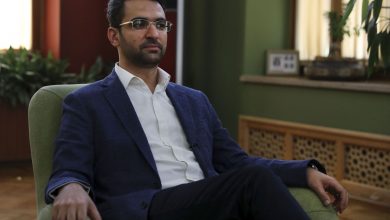