By Sachin Kumar | The Peninsula[hhmc]
[contfnewc]

“Next year will be Qatar-France Year of Culture and it will be a unique opportunity to attract more tourists from Qatar to France and from France to Qatar,” Jean-Baptiste Lemoyne, Minister of State attached to the Minister for Europe and Foreign Affairs, France, told The Peninsula after taking tour of Galeries Lafayette Doha.

“Around 300,000 people from Qatar travelled to Paris in 2018 and from France 42,000 french visited Qatar. Qatar- France Year of Culture will lead to increase in tourist inflows in both countries. I think we can have 20 percent increase in number of tourists from each side,” he added.

The Minister was in Doha to attend the inauguration of National Museum of Qatar, which was inaugurated on Wednesday.

Both countries can also cooperate more in the field of sports, he said. “Sport is a common factor between Qatar and France. Both countries will host very big sports event. Qatar will host football world cup in 2022 while France will host Womens football world cup this year, rugby world cup in 2023 and Olympic Games in 2024,” said Lemoyne. “These big sporting event is unique opportunity to upgrade our infrastructure, in terms of transports, lodging, hospitality, stadiums. I think we have a lot to share in this area,” he added.

He also allayed concerns regarding safety of tourists due to yellow vest protests in Paris. “Our Prime Minister has taken very strict measures about security. We are glad to welcome our friends in Qatar to visit Paris again. All the transportation systems are functioning well and museums are open. So its possible to have a great experience again in Paris,” he added.

France is top destination for global tourists. The country received nearly 90 million foreign tourists in 2018, one million more than the previous year and a new world record.

“France is number one in the world in terms of tourist arrivals as 90 million international visitors came and spent around €57bn in 2018. We aim to retain this number one spot,” he added.

“We met over 1,000 tour operators from all over the world. We gave game them our road map regarding good security and good experience in France. These tour operators have shown full confidence on France,” he added. 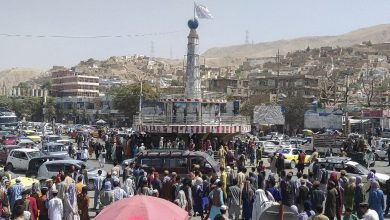 US, Germany advise citizens to avoid travelling to Kabul airport due to ‘potential security threats’