Round one of the 2019 AFL season will be remembered for its number of upsets, but also for another record.

Three anterior cruciate ligament (ACL) tears equals the most in a single round in the 28 years that these injuries have been formally recorded. Interestingly, both previous episodes were in the same season – rounds one and five of the 1997 season.

Richmond star Alex Rance, Adelaides Tom Doedee and the unlucky Ed Vickers-Willis of North Melbourne each tore an ACL over the weekend. They will all have them surgically reconstructed this week and miss the rest of the 2019 season. Vickers-Willis was playing his first AFL game since rupturing his posterior cruciate ligament in round seven last year.

All three round one victims are key defenders, however historically there is no pattern of occurrence with ACL injuries – they can strike any position, any sized player. But the high incidence early in the season has been a consistent pattern. The jump in intensity between the JLT games and round one of the season proper is huge, and will only get worse if the AFL reduces the number of pre-season games.

Most of the recent focus on ACL injuries has been in the AFLW and it has been suggested that women footballers are somewhere between five and 10 times more likely to tear an ACL. AFLW in conjunction with La Trobe University piloted an ACL prevention program at nine of the 10 AFLW clubs. The program was designed by La Trobes Professor Kay Crossley and PhD candidate (and Melbourne AFLW player) Brooke Patterson.

The AFLs "prep to play" program has two elements; trying to make female athletes stronger and trying to get the players to jump and land with the knee over the foot. The program also has training drills to educate on the best way to tackle and approach a ground ball and aerial contest.

Players are encouraged to do three, 30-minute sessions per week. According to Professor Crossley, research out of America and Europe shows there are several potential risk factors for women doing an ACL injury, including being more flexible than men, hormones, genetics, movement patterns and strength.

While it is too early to assess the impact of the pilot study, there was a reduction in ACL injuries in this years AFLW with two tears occurring during the pre-season and four in season for a total of six among the 10 clubs. In the 2018 season there were eight ACL injuries in the then eight-team competition. The only team to suffer more than one ACL injury this season was the only team that opted not to take part in the pilot prevention program.

The researchers and the AFL have produced a number of videos demonstrating the prevention program which will be made available to all levels of women's football.

All the AFL men's clubs incorporate some prevention exercises into their fitness regimes, aimed at improving landing techniques and strengthening the muscles around the hip and knee. Unfortunately because of the uncontrolled nature of AFL, players can be unbalanced when they land or tackle as well as the possibility of an opponent falling across their knee.

Tinkering required, but don’t write off these Indians just yet 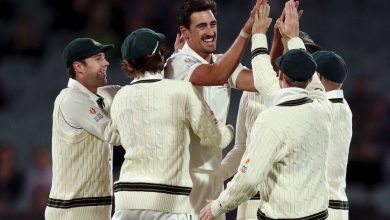