Solange Knowles has gone and shown just how much of an Ariana Grande fan she is.

The star was busy documenting her day on her Instagram story when suddenly the pint sized singer popped up on the car radio with her hit Sweetener.

Not missing an opportunity for a boogie, the 32-year-old immediately poked her head out of the window and started twerking in the drivers direction.

Her hair was busy being blown around by the wind, as she then pulled herself up to look out of the sunroof.

In the caption, the Dont Touch My Hair songstress wrote: no mo digital hoardingggg taking up spaceee i luh yallll.

And it seems like Ari was living for the moment, as she went and uploaded the clip onto her own story.

Tagging her fellow musician, the 25-year-old wrote: Sunshine, alongside the video of Solange busting out the moves.

Since uploading the clip, fans have called for a collab between the artists, while thanking them both for existing.

The God is A Woman hitmaker is currently touring her two latest albums: Sweetener and Thank U, Next.

Here she is set to head across the US before touching down in London in August for three dates and then taking her tour to the rest of Europe.

On her opening night, fans were quick to realise that Ari had paid tribute to her ex boyfriend Mac Miller, following the tragic news of his death.

One fan tweeted: Ariana grande is playing Mac Miller right before her opening song for sweetener tour rn and my heart cant handle it SO MANY TEARS.

Another also noticed the touching moment, and added: Sitting in our seats at the venue for arianas first concert of this tour and the venue starts playing a mac song…

The star – real name Malcolm James McCormick – was found at his home in San Fernando valley and his death came just as he was preparing to head off on tour, following the release of his album Swimming.

Beyonce and Jay-Z did not have to slay like this for Roc Nation’s pre-grammy party, but they did 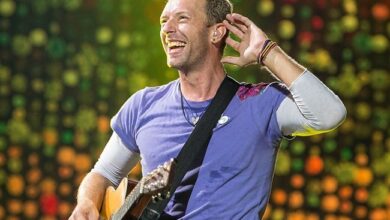