Music fans look to be in for an epic treat at Coachella in 2019 by a new super group, made up of Gucci Mane, Lil Pump and Smokepurpp.

The festival left everyone scratching their heads when they announced that Gucci Gang would be performing, with a picture of Gucci Mane.

The name was used on the official poster and on the website, but reps for the festival later confirmed it wasnt a typo and that the picture simply hadnt been updated properly.

Ariana Grande, Childish Gambino and Tame Impala were announced as the headliners for the 2019 festival.

Yep – just when you thought shed peaked in 2018, the Thank U, Next hitmaker has been announced as a headliner for the Sunday night shows on 14 and 21 April in Indio, California.

And to make it even more exciting, the traditionally eclectic line-up is more diverse than ever, with BLACKPINK marking the first time a K-pop girlband has ever joined the bill.

And J-pop is being represented too, as Perfume will be playing the Sunday stage.

All BLACKPINKs social media accounts, so you can follow the idols

Kris Jenner is the Kardashian making a cameo in Ariana Grandes Thank U, Next video, because who else?

Diddy devastated and shocked by ex Kim Porters death: They were still a family 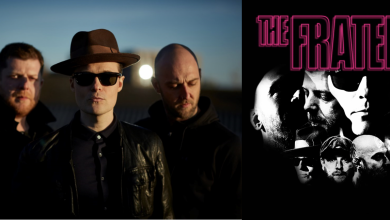 The Fratellis new album release: Half Drunk Under A Full Moon