It seems that Marc Jacobs has once again polarised the fashion and subculture worlds.

The brand is reportedly being sued by Nirvana for a t-shirt released as part of the Bootleg Redux Grunge collection.

Back in 1993, he designed a grunge-inspired collection for Perry Ellis that got him fired – but it made his name.

Although it was considered revolutionary by some, many were angered by seeing the expensive clothes being paraded by supermodels, feeling it was an unwelcome antithesis to everything grunge embodied.

And now the revival of the collection could be causing a few problems too, as Nirvana are reportedly taking them to court for ripping off their smiley face design.

According to TMZ, Krist Novoselic, Dave Grohl, and the Courtney Love-controlled Cobain estate have filed a lawsuit against the company for their use of the trademarked design.

It shows a design similar to the Nirvana logo, with the word Heaven above, and the cross eyes replaced by M and J.

The products bearing the symbol start at £110 on the Marc Jacobs website, where the description reads, This bootleg smiley tee sure smells like teen spirit.

As reported in The Fashion Law, the suit states the design infringed Nirvanas copyright, misleadingly used Nirvanas trademarks, and utilized other elements with which Nirvana is widely associated to make it appear that Nirvana has endorsed or is otherwise associated with” Marc Jacobs.

You might be feeling confused about this, since youve been able to get Nirvana tees from Primark to Urban Outfitters for decades. The difference with this, however, is that LMVH-owned Marc Jacobs never applied for authorisation or paid for the privilege.

On top of all of that, theyre alleged to have used song lyrics from the band and videos of their performances in the promotion of the range.

We contacted Marc Jacobs for comment, but have received no reply. Well update if they get back to us.

In the meantime, the tees and sweats are still for sale on the brands website.

MORE: Eight years without a cigarette but in 2019 Im finally giving up smoking 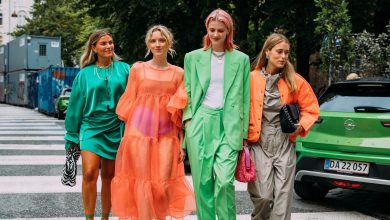 ‘Love these!’ Tesco shoppers rave about ‘perfect’ dresses – but point out a big problem

When is Christmas Jumper Day 2018 and what is the money raised for?