(CNN) — Hungary is not a country known for its cutting-edge cuisine, but rather its traditional meaty stews, creamy soups, plum dumplings and fried dough.So when Costes became the first Hungarian restaurant to be awarded a Michelin star in 2010, it marked a sea change in national dining habits, triggering a nationwide movement toward lighter and more imaginative takes on traditional dishes.

"Ten years ago it wasn't possible to get good quality meat or good quality vegetables," she tells CNN Travel. "We had to buy so much stuff from France."

This is one of Costes' selling points. Diners can order duck from Hungary's Kunság region, marinated in Tokaji wine from vineyards in the northeast of the country, or catfish from Lake Fertő, which straddles the Austria-Hungary border.

Local ingredients give the food its traditional flavor. If you were to serve truffles imported from Europe's main suppliers — such as France, Italy or Spain — rather than Hungary's own, the taste would be different, says Palagyi.

One of Costes' signature desserts: honeycomb from a village in northern Hungary and sunflower seed ice cream

This means that the menu is dictated by the seasons. But for Palagyi, who takes inspiration from her grandmother's kitchen, that's the way it should be.

"They didn't have a supermarket where you go and get, for example, apples the whole year round," she says.

Childhood memories drive Palagyi's cooking, as she hopes to give her customers a taste of home. She recalls peeling potatoes for her father, or picking apples, fermenting them and leaving them in storage to eat during the winter.

"I believe (that) when somebody comes to Costes they feel special… and they don't just have food and a dinner," she says. "They have (an) experience as well, and they have a small part of our history. I hope they fall in love with our country and our food as well."

Traditional cuisine with a twist

"I like her playful, creative approach," Zsofia Mautner, Hungarian food blogger and author, says of Palagyi. "Her cooking these days really features classic Hungarian dishes in a very creative manner."

Mautner explains that old recipes are at the heart of "new Hungarian cuisine." She says the movement, which began around 2007, means traditional food but "lightened up dishes, new culinary techniques, researching and the use high-quality, local products and creative plating."

A tasting menu at Costes costs around $150 per person, or $227 with a wine pairing

When Palagyi joined Costes, she brought the menu back home from the international cuisine rustled up by Portuguese chef Miguel Rocha Vieira, who now runs sister restaurant Costes Downtown — another one of the four Hungarian restaurants, all based in Budapest, that can boast of Michelin star.There's also two-star Onyx, which offers a "Within our Borders" tasting menu that includes túró rudi, a popular Hungarian sweet similar to a chocolate bar but filled with a dairy cream like cottage cheese, and the restaurant and wine bar Borkonyha that serves a lamb goulash.

Cooking up a career

One of Palagyi's first memories is peeling potatoes

Palagyi studied at culinary school in Budapest, before moving to Ireland to train at the Mount Falcon Country House Hotel.

"I remember my first day in the kitchen," she says. "The first hour I cut my finger, I didn't know how to use the knife. Now I think I start to know the ingredients and understand how I can work with them perfectly and how I can bring out the most of it."

But her career has moved quickly. Aged just 32, Palagyi has already won Hungary's Chef of the Year award three times, and under her direction Costes won Restaurant of the Year three times in a row, and has maintained Michelin star standards.

She insists it was never her goal to win awards, but that, "one opportunity was bringing another one and so on so I never actually realized how far I got."

"I never had time to stop and say, wow, well done," she says. 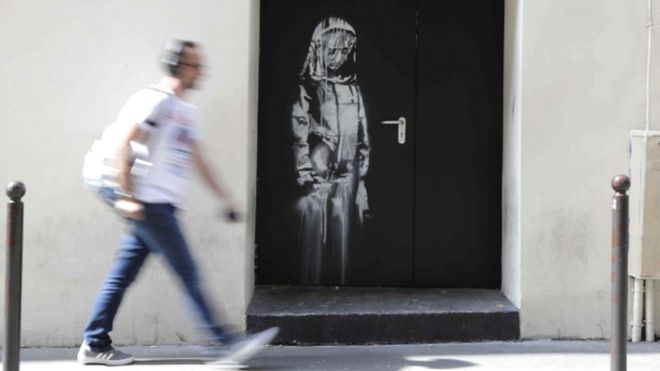