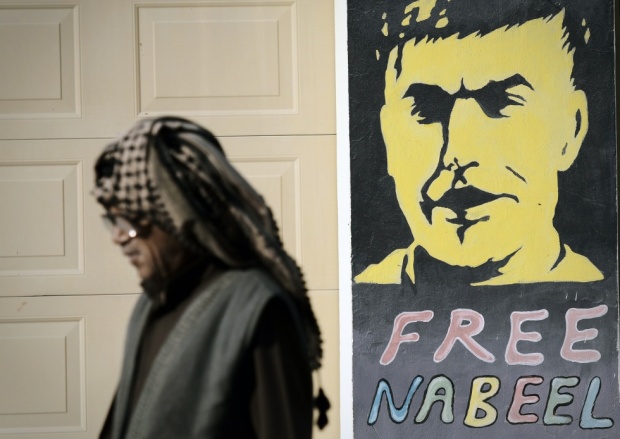 Bahraini activist Nabeel Rajab lost his fight against a five-year jail sentence after his final appeal was rejected by the country's high court, his lawyer said on Monday.

Rajab, who heads the Bahraini Centre for Human Rights (BCHR), was convicted in February for tweets criticising the Saudi-led coalition's actions in Yemen and accusing Bahrain of torturing prisoners.

“Nabeel Rajab should not have been arrested in the first place, and upholding his sentence is a grave miscarriage of justice,” said Human Rights Watch's deputy Middle East director Lama Fakih.

Rajab was a leading figure of 2011 pro-democracy protests that Bahrain crushed with the help of Saudi Arabia. The government has kept a tight lid on dissent ever since.

It might be “the season to be jolly” but we dont forget about #AhmedMansoor in the UAE and #NabeelRajab in Bahrain, whose court appeal dates were due today and tomorrow. Our thoughts are with them, their families and other innocent victims of arbitrary detention around the world

He was already serving a two-year term over an interview with the media in which he said Bahrain tortured political prisoners.

"The Court of Cassation rejected the appeal and upheld the sentence of five years in prison against Nabeel Rajab for his tweets," his lawyer, Mohamed al-Jishi, told the Reuters news agency by phone.

The convictions were for "spreading false news and rumours in time of war", "insulting foreign countries" and "insulting publicly the Interior Ministry" in comments posted on Twitter, a court document seen by Reuters showed.

Nabeel Rajab should not have been arrested in the first place, and upholding his sentence is a grave miscarriage of justice

International rights groups denounced the ruling and the United States has expressed concern about Rajab's case.

“Nabeel Rajab should not have been arrested in the first place, and upholding his sentence is a grave miscarriage of justice.”

Bahrain, which is home to the US navys Fifth Fleet, has banned the main opposition groups, barred their members from running in elections and prosecuted scores of people, many described by human rights groups as activists, in mass trials.

Also on Monday, the United Arab Emirates upheld a 10-year sentence for pro-democracy campaigner Ahmed Mansoor, who was arrested in March 2017.

An appeals court in Abu Dhabi upheld both the jail sentence and 1m dirham ($270,000) fine on Monday, two sources said on condition of anonymity.

HRW in March 2018 said Mansoor is believed to have been held in solitary confinement.