With K-Pops star continuing to rise outside of South Korea, Monsta X rode the wave and they took on the world with great success.

From a world tour to two new albums to making history in America, Shownu, Kihyun, Jooheon, I.M., Wonho, Hyungwon and Minhyuk have had a great 2018; and Monbebe (the name for their loyal fanbase) couldnt be prouder.

Heres a look back at the year in Monsta X.

Jealousy got a first win

Jealousy, their unbelievably catchy comeback single from March, picked up a win on SBS MTVs The Show.

The trophy was an indication that the groups popularity in their home country was on the rise, as they hadnt won since Dramarama. (Beautiful deserved better but thats a whole different feature).

March 2018 saw the release of their EP The Connect: Deja Vu which shot to number 2 on Billboards World Albums chart.

Monsta X took The Connect on the road over the summer, which included stops in London, Amsterdam, Madrid, the US and Brazil.

Read what we thought of The Connect in London here.

Jooheons new solo mixtape DWTD (Do What They Do) dropped on 31 August and took the number one spot in nine countries – New Zealand, Germany, Brazil, Sweden, Singapore, Indonesia, Chile, France, and Finland.

The mixtape also made it into the top five in the United States, Canada, England, the Netherlands, Italy, China, Turkey, Japan, and Hong Kong.

The rapper treated us to a live performance of DWTDs standout track Runway at KCON in Thailand (with guest appearances from Shownu and I.M.) and were hoping for more of the same in 2019.

Shownu practiced really hard to sing in English for his verse, and the result is a funky, magical slow jam.

Speaking to Metro.co.uk about the track, PREP member Dan Radclyffe said: Monsta X are all about the bangers. But thats why we thought the Shownu collaboration would be so interesting.

His fans are used to hearing him really attack those high-energy Monsta X tracks, so this was a nice chance for him to try his hand at a tender ballad. We think he smashed it.

Monsta X became the first K-Pop group to play at the Jingle Ball, and the only K-Pop act on the bill this year.

They met some famous faces

Camila Cabello, Shawn Mendes, 5 Seconds Of Summer and Khalid are just some of the big names that said hi.

Released Take 1: Are You There?

The seven-member band answered Monbebes prayers when they came back with their second full album in October.

It was a reminder of how versatile Monsta X are. Their stomping pop and hip-hop roots were present on tracks like Shoot Out and Mohae, but they branched out on smoother songs like Underwater and Myself.

And the Korean version of Spotlight was just the icing on the cake.

Shoot Out got four wins

Monsta X were collecting trophies all over the shop with four wins on music shows M! Countdown, Show Champion, SBS MTVs The Show and Music Bank.

The wins made Shoot Out their most successful song to date with the group besting K-Pop icons BoA and IU. The only way is up.

They teamed up with makeup and beauty brand Tony Moly this year leaving other models jobless.

The group released cute lip tints and creams that Monbebe wanted to get their hands on, even if it was just for the photo cards.

Theyre going to run out of room on their mantelpiece soon if this keeps up. At the Asian Music Awards, Monsta X bagged the Style in Music Award and the Worldwide fans choice top 10 award.

A new season of Monsta X-Ray dropped, Kihyun hosted a photography exhibition and Hyungwon tore it up at the Ultra Music Festival as DJ H.One.

MORE: Gemma Collins way too hyped to perform for queen Geri Horner on All Together Now

Ariana Grandes Thank U, Next director reveals which scene didnt make the cut

Eminem uses homophobic slur against Tyler, The Creator on new album Kamikaze in the year 2018 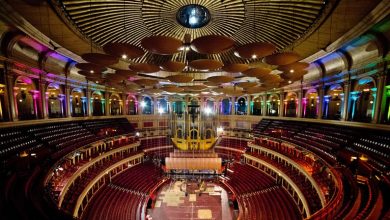