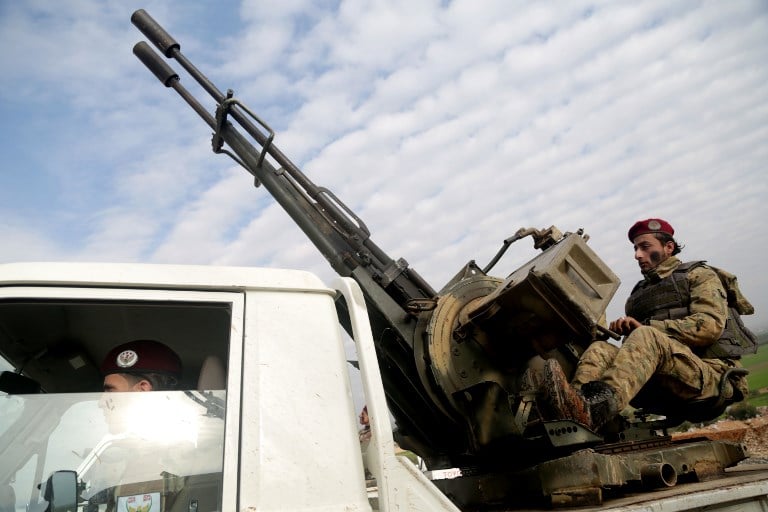 Turkey on Saturday sent military reinforcements to northern Syria near an area controlled by Kurdish forces as Ankara threatens to carry out a fresh offensive to wipe them out, a war monitor said.

The move comes after US President Donald Trump's surprise announcement on Wednesday of the withdrawal of American troops stationed in northeastern Syria alongside Kurdish fighters, a long-time enemy of Turkey.

Washington has for years supported the Kurdish-led Syrian Democratic Forces (SDF) in the fight against the Islamic State (IS) group in Syria, as part of an international anti-militant coalition dominated by the People's Protection Units (YPG).

But on Wednesday, Trump said he was ordering a withdrawal of about 2,000 US troops in Syria because IS had been defeated, an assessment disputed by many.

Americas worst nightmare is to have reliable allies — like the Kurds who have fought so bravely against ISIS — abandoned and destroyed.https://t.co/PQjFTbGCAc

Turkeys foreign minister said on Friday that while his country had delayed operations east of the Euphrates River, it did not mean the country had given up on them.

“It doesn't mean that we gave up on our determination to launch operations against the YPG in the future,” Mevlut Cavusoglu told Turkish state broadcaster TRT News, as cited by Hurriyet.

He said postponing military operations in the region was a “logical” decision for preventing “friendly fire”, following the US decision to withdraw.

Cavusoglu said the region needs stability as soon as possible, and added that it was not possible until it is fully cleared of both YPG/PKK and IS militants.

Turkish President Recep Tayyip Erdogan on Friday vowed to drive both the YPG and IS from Syria.

Rami Abdel Rahman, head of the Britain-based Syrian Observatory for Human Rights, told AFP: "About 35 tanks and other heavy weapons, carried aboard tank carriers, crossed the Jarablos border crossing in the early evening."

"They headed for an area near the Sajour River, between Jarablos and Minbej, not far from the front lines where Kurdish fighters of the Minbej Military Council are stationed," he added.

Turkey accuses the YPG of being a "terrorist offshoot" of the outlawed Kurdistan Workers' Party (PKK), which has been waging an insurgency against the Turkish state since 1984.

Ankara fears a Kurdish state could be established on its borders, which it believes might reinforce separatist ambitions of the Kurdish minority in Turkey.

The Kurdish community accounts for 15 percent of Syria's population and controls about 30 percent of the country, as a federal region declared in 2016.

In the past two years Turkey has conducted two offensives into northern Syria. In 2016 it launched an operation against IS, which also aimed to block the YPG from joining up the territory it held in northern Syria.

And in January 2018 Turkey staged an offensive against the militia in its northwestern enclave of Afrin.