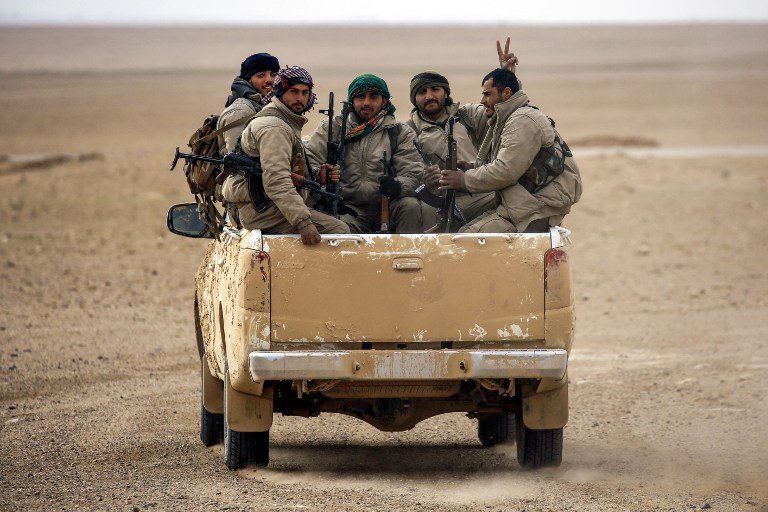 Syrian Kurdish forces have said they will keep fighting the Islamic State (IS) in eastern Syria after their US allies announced their withdrawal, but warned that it could be halted if Turkey attacks them.

The Syrian Democratic Forces (SDF) stressed on Thursday that they would freeze operations if Turkey goes ahead with a widely expected offensive after a pullout of US forces which have served as a buffer.

"The Hajin battles continues," said Mustefa Bali, a spokesman for the Kurdish-dominated force, referring to the main front against IS in the Euphrates Valley.

"The US decision is just a decision and does not yet affect the situation on the ground," Bali told the AFP news agency.

We have previously said that, if attacked, we would dedicate ourselves to the defence of our land

US Defence Secretary James Mattis, who had opposed Trump's decision on Syria, abruptly announced on Thursday he was resigning after meeting with the president.

In a candid letter to Trump, the retired Marine general emphasised the importance of "showing respect" to allies.

Four US officials, who spoke to the Reuters news agency on condition of anonymity, said the troop withdrawal is expected to mean an end to the US air campaign against IS.

The US-led air war has been vital to crushing the group there and in neighbouring Iraq, with more than 100,000 bombs and missiles fired at targets in the two countries since 2015.

However, one US official said a final decision on the air campaign had not been made and did not rule out some kind of support for partners and allies.

The US told the UN Security Council it was committed to the "permanent destruction" of IS in Syria and would keep pushing for the withdrawal of Iranian-backed forces in the country.

According to the Syrian Observatory for Human Rights, a UK-based activist group, fighting was ongoing on in eastern Syria on Thursday.

Backed by the air strikes from the US-led coalition, SDF forces last week seized Hajin, the largest town in the remaining pocket of territory still controlled by IS in eastern Syria.

Hundreds of IS fighters, however, have regrouped in Sousa and Al-Shaafa, the last two hubs in the ever-shrinking rump of the group's once sprawling "caliphate".

"We have previously said that, if attacked, we would dedicate ourselves to the defence of our land," Bali said.

"The scenario of a halt in the anti-terrorist battle is tied to Turkish threats," the SDF spokesman added.

Bali also hinted the US pullout, which many Kurds see as a betrayal, could make Syria's autonomous Kurdish administration less inclined to retain custody of detained IS fighters whom Western countries do not want to return home.

He did not suggest the Kurds would release detained fighters but argued that Turkey risked targeting prisons in order to wreak chaos.

"Of course, if Turkey attacks, it will affect the fate of these prisoners," he said. "Turkey may target these prisons as it tries to release these terrorists."

Turkey's Defence Minister Hulusi Akar reportedly said on Thursday that Kurdish fighters east of the Euphrates in Syria "will be buried in their ditches when the time comes".

The Kurds have repeatedly complained they do not have the capacity to handle the burden of more than 3,000 IS detainees and family members, urging Western powers to repatriate their nationals for trial at home.

Western powers, including countries with significant contingents of captured foreign fighters such as France, have been reluctant to take back the fighters.