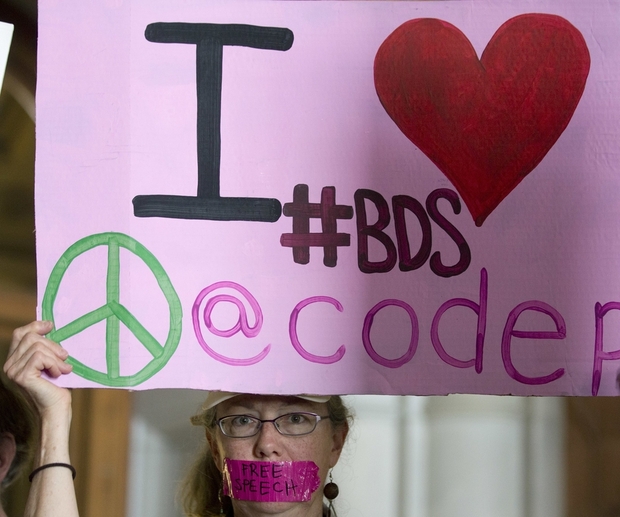 A woman who was unable to renew her contract with a public school district in Texas because she boycotts Israel is suing the US state over its anti-boycott law, which she says violates her right to free speech.

Bahia Amawi, a children's speech specialist, refused to sign a required document certifying that she does not boycott Israel, and says she was told that the schools would not be able to pay her if she does not agree to the condition.

On Monday, she filed a lawsuit alleging that Texas violated her free speech rights, guaranteed under the First Amendment of the US Constitution, by forcing her to sign the document.

"Political speech on issues of great national and international importance is central to the purposes of the First Amendment," reads the lawsuit, which was filed by the Council on American-Islamic Relations (CAIR) on behalf of Amawi.

"Speech and advocacy related to the Israel–Palestine conflict is core political speech on a matter of public concern entitled to the highest levels of constitutional protection."

Amawi had been providing bilingual Arabic evaluations for the Pflugerville school district, outside the Texas city of Austin, for nine years, but she was presented an amended contract in September that included the provision about Israel.

Texas Governor Greg Abbott issued a brief response to the lawsuit via Twitter. "Texas stands with Israel. Period," he wrote on Monday.

Texas is one of dozens of US states that have passed laws to combat the Boycott, Divestment and Sanctions (BDS) movement and a 2017 measure prohibits Texas state entities, including public schools, from retaining contractors that are engaged in a boycott of Israel.

Earlier this year, similar lawsuits in the states of Kansas and Arizona succeeded in suspending anti-boycott laws after they were deemed to be unconstitutional.

"A restriction of ones ability to participate in collective calls to oppose Israel unquestionably burdens the protected expression of companies wishing to engage in such a boycott," a federal judge in Arizona ruled in September.

"The type of collective action targeted by the Act specifically implicates the rights of assembly and association that Americans and Arizonans use 'to bring about political, social, and economic change."

Texas, in particular, has gone to great lengths to enforce its anti-BDS regulations.

Last year, a Houston suburb drew condemnations for trying to deny funding for residents who boycott Israel in the aftermath of a devastating hurricane.

Free speech advocates have expressed concern about anti-boycott laws, which they say aim to illegally stifle debate about the Israeli-Palestinian conflict.

The American Civil Liberties Union (ACLU) has also warned of the threat this type of legislation poses to free speech.

"No matter what you think about the Israeli-Palestinian conflict, one thing is clear: The First Amendment protects the right to engage in political boycotts," ACLU attorney Brian Hauss said in a statement last year.

That was echoed in Amawi's lawsuit, which states that "the First Amendment protects the rights of speakers to call for and participate in economic boycotts as a means of amplifying their message".

"Joining voices together to participate in and call for political boycotts is protected association under the First Amendment," the lawsuit reads.