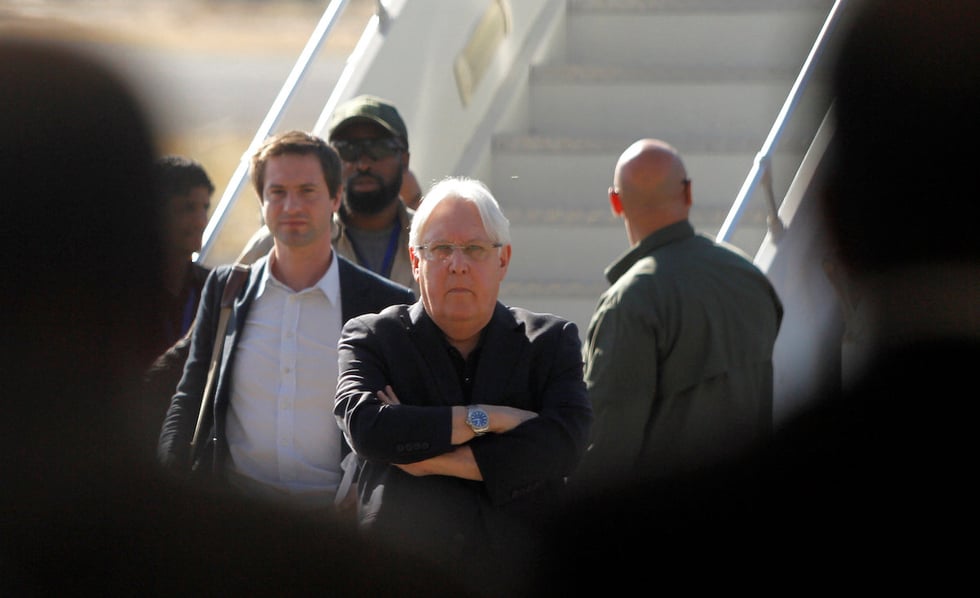 Peace talks between Yemen's Saudi-backed government and Houthi rebels are set to begin on Thursday in Sweden, the United Nations has announced, after weeks of international pressure to get the warring sides to negotiate towards an end to the conflict.

The UN has sought to temper expectations around the talks, however, saying they aim to achieve "confidence building" between the two sides, who have been fighting in Yemen since 2015.

A UN source told Reuters news agency the two sides were unlikely to hold direct talks at a castle outside Stockholm and that UN envoy to Yemen Martin Griffiths and his team would shuttle between them for the consultations.

"The [UN envoy] would like to announce the restart of the intra-Yemeni political process in Sweden on 6 December," Griffiths' office said on Twitter on Wednesday.

A Saudi-led coalition, which includes the United Arab Emirates, launched a military campaign in Yemen in 2015 to push back the Houthis and restore Yemeni President Abd Rabbuh Mansour Hadi to power.

The country has since been pulled into a dire humanitarian crisis, with as many as 14 million people currently on the verge of famine, the UN recently warned.

Griffiths was in Sanaa earlier this week to meet with Houthi rebel leaders and he then travelled to Sweden with a Houthi delegation on Tuesday.

A day later, a 12-member team from the Saudi-backed government, headed by Foreign Minister Khaled al-Yamani, arrived in Sweden, too.

One representative of the internationally recognised government, Abdullah al-Alimi, tweeted that the talks were "a true opportunity for peace," before the delegation flew out of the Saudi capital Riyadh on Wednesday.

Sources close to the rebels told AFP the Houthis are expected to request the reopening of Sanaa International Airport, which has been damaged by Saudi-led air raids and shut down by Riyadh and its allies, who control Yemen's airspace.

A source in the government delegation told the news agency that Hadi's camp is seeking maps detailing landmines planted by the rebels.

Sources on both sides said they would demand a ceasefire – initiated by their rival – and the opening of humanitarian corridors, AFP reported.

Earlier this week, the Houthis and the Saudi-backed Yemeni government agreed to a prisoner swap. Dozens of wounded Houthi fighters were also allowed to leave Yemen and seek treatment in nearby Oman.

On Tuesday, Sweden's foreign minister, Margot Wallstrom, described the peace talks as "an urgent step towards ending the conflict" in Yemen.

Michael Aron, the British ambassador to Yemen, said he will participate in the talks alongside 23 other ambassadors and Griffiths, the UN envoy.

“We expect both parties to be realistic and flexible and hopefully we will succeed in confidence-building measures and make progress,” he said in Arabic, in a video posted on social media Tuesday.

Joost Hiltermann, the MENA programme director at the International Crisis Group, said Griffiths should aim to get an agreement during the negotiations to stave off a Saudi-led coalition offensive on the critical Yemeni port city of Hodeidah.

The city, through which most humanitarian aid enters Yemen, has seen fierce fighting in recent weeks between the rebels and pro-government forces, as the Saudi-led coalition hoped to retake Hodeidah from the Houthis.

“Getting the Yemen government and Houthis on board and then taking steps to demilitarise the city would be a major success as talks begin in Sweden,” Hiltermann said on Twitter.

Rivalry in the land of the dragon tree: What do Saudi, UAE plan for Yemen’s Socotra?

General John Abizaid confirmed as US ambassador to Saudi Arabia