Kris Jenner is the OG Kardashian: the biggest, the bossiest, the baddest.

So who better than the momager herself to make a cameo in Ariana Grandes most hotly anticipated music video, Thank U, Next.

TMZ revealed that Kris, 63, would be the Kardashian to make the dancing cameo in the Noughties movie mash-up that Ariana has teased for release on Friday (!!)

It was originally claimed on Tuesday that one of the famous KUWTK family would be dancing in the video, and we swiftly ruled out Rob.

But the cameo could have easily gone to Kriss daughter model Kendall Jenner, or her youngest – and arguably most successful – daughter Kylie, who regularly supports boyfriend Travis Scott in his musical ventures.

Then of course, theres hot mamas Kim, Khloe and Kourtney, the latter of which recently transformed into a very convincing Ariana for Halloween.

The hitmaker released another teaser, a three-minute behind-the-scenes trailer, for her forthcoming mini-movie on Thursday night, promising the video release for the following day.

It shows snippets from all the new-age classics, from Bring It On and Mean Girls to Legally Blonde.

The song itself mentions a number of Arianas exes, including Big Sean, Ricky Alvarez, ex-fiance Pete Davidson, and the late Mac Miller.

Its her first solo UK number one since Problem ft Iggy Azalea and Bang Bang with Jessie J and Nicki Minaj.

The 15 Best Movies of the Fall Film Festivals 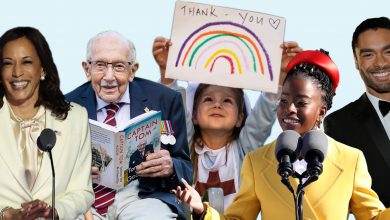 The music you chose to get through this last lockdown stretch