As the Wallabies prepare for their final Test of the spring tour, planning for the World Cup year is well under way, with coach Michael Cheika asking to have all Wallabies players for a 10-day camp in early January before the Super Rugby season begins.

It is understood the camp will in Sydney from January 7 – the first week back from the Christmas break – and means the Super Rugby clubs will not get their players back until January 21, giving them just four weeks' preparation as a full squad before the first round starts on February 15.

The camp is in addition to a 20 per cent reduction in playing loads for Wallabies players, which Fairfax Media revealed in October.

And in a reprisal of an unorthodox move that paid dividends for Australia four years ago, it appears the team will head back to the United States for their pre-World Cup camp.

In 2015 the recently-installed Wallabies coach Michael Cheika chose to take the squad to the US for a match against the USA Eagles and a two-week staging camp in Indiana and Chicago.

They flew from there to their World Cup base of Bath in England before storming the pool stages of the tournament with wins against Fiji, Uruguay, England and Wales.

It is understood that, despite the long distance between the US and Japan, Cheika has arranged for a similar build-up next year before bedding down in Odawara, in central Japan, ahead of their opener against Fiji in Sapporo on September 21. It is not yet known whether the plan includes a rematch between the Eagles and Wallabies.

The January camp has received in-principle backing from the Super Rugby coaches but will no doubt test the depth of the NSW and Rebels squads, in particular. The Waratahs' Test contingent includes Israel Folau, Bernard Foley, Kurtley Beale, Jake Gordon, Nick Phipps, Michael Hooper, Jack Dempsey, Sekope Kepu and Rob Simmons, while the Rebels will be without Will Genia, Jack Maddocks, Dane Haylett-Petty, Marika Koroibete and Adam Coleman. The Brumbies too, will miss Tom Banks, David Pocock, Scott Sio and Allan Ala'alatoa in the crucial pre-season build up.

While Cheika and the RA high performance staff, including boss Ben Whitaker and coach development manager Rod Kafer, have been able to build an environment of unprecedented goodwill between head office and the Super Rugby professional rugby departments, there is still plenty of tension around competing demands. Fairfax Media understands RA first proposed a two-week camp in January but were forced to compromise after widespread push-back.

There are also misgivings about the timing of two mid-season camps, which will force some teams to prepare for crucial fixtures without large chunks of their squads.

But the camp is not the most controversial proposal to be discussed between the member unions and head office.

RA administrators are working up major reforms to the game's high-performance model and, while those spruiking the changes are being careful to couch the proposed new model as collaborative and reciprocal, there are still fears around the country about a degree of overreach from the top brass.

Fairfax Media understands the reform will essentially lead to the central contracting of coaches, an extension of some of the collaborative work done already this year, including the recruitment and appointment of Reds assistant coach Jim McKay, coach development work led by Kafer and discussions around developing a national approach to skills development.

While some state-based officials said they felt comfortable with where conversations were heading, another told Fairfax Media he was worried RA was rushing to formalise the good work they had done to repair the once-damaged relationships between the national body and its member unions.

But Rugby Australia deputy chairman Brett Robinson said rebuilding the game's high-performance landscape was just as important to a winning Wallabies set up as the coach in charge of them.

Georgina Robinson is a Sports Reporter for The Sydney Morning Herald 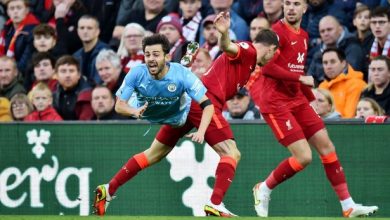 Liverpool 2-2 Man City: Why Reds got away with it – Jermaine Jenas