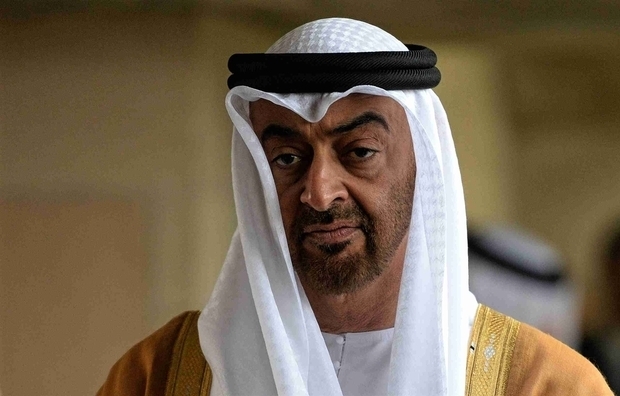 The United Arab Emirates' powerful Crown Prince Mohammed bin Zayed has hosted the leaders of al-Islah, the Yemeni branch of the Muslim Brotherhood, in a sign of rapprochement between the uncertain allies, who are both fighting against the Houthi rebels in Yemen.

The Yemeni officials expressed gratitude to the crown prince and the Saudi-led coalition currently battling the Houthis in Yemen, for their efforts to confront the rebel group, the UAE's official news agency, WAM, reported.

The UAE is a leading partner in the Saudi-led coalition, which started a bombing campaign in Yemen in 2015 to push Houthi rebels out of the capital, Sanaa, and restore the government of President Abd Rabbuh Mansour Hadi.

Saudi Arabia and UAE accuse the Houthis of being Iranian proxies, but the rebels deny receiving material support from Tehran.

Al-Islah has endured an uneasy relationship with its newfound allies in the UAE, however, since the Saudi-led military campaign began.

Last month, Buzzfeed News reported that the Emiratis had hired a team of American and Israeli mercenaries to assassinate members of the party's leadership, enraging the group and exposing the UAE's presence in Yemen to fierce criticism.

After the report came out, Issa Qadhi, a member of al-Islah in the Yemeni city of Taiz, accused the UAE of working to quash the group's influence, rather than focus on fighting the Houthis.

"The UAE is willing to destroy the whole country and bring mercenaries from around the world to annihilate al-Islah," Qadhi told MEE.

Both Riyadh and Abu Dhabi designated the Muslim Brotherhood as a terrorist organisation in 2014, a move that critics say has been used to crack down on dissident voices within their own countries. They also backed a 2013 military coup that toppled Egypt's first democratically elected president Mohamed Morsi, who belongs to the Islamist group.

Moreover, Qatar's alleged support for the Brotherhood is a major contributor to the ongoing diplomatic crisis with its Saudi and Emirati neighbours. Saudi Arabia has been leading a land and sea blockade against Qatar since June 2017.

Last week, an al-Islah spokesperson criticised Doha in a tweet, accusing it of backing the Houthis, echoing a Saudi charge that Qatar denies.

Wednesday's meeting comes ahead of United Nations-sponsored Yemen peace talks, set to take place in Sweden before the end of the year.

"We remain committed to bring the Yemeni parties to the negotiations table within a month. Dialogue remains the only path to reach an inclusive agreement," UN envoy for Yemen Martin Griffiths said in a statement late last month.

The United States, a major ally of the UAE and Saudi Arabia that provides logistic support to the coalition, has also called for an end to the war, which has killed thousands of people and brought Yemen to the verge of famine.

"It is time to end this conflict, replace conflict with compromise, and allow the Yemeni people to heal through peace and reconstruction," US Secretary of State Mike Pompeo said in October.

On Wednesday, Anwar Gargash, the UAE's minister of foreign affairs, backed an early start to the negotiations.

"We welcome [the] early convening of UN-led talks in Sweden. At UNSC [UN Security Council] meeting on Friday, Coalition will urge all parties to take advantage of window of opportunity to restart political process," Gargash wrote on Twitter. "We look forward to hosting Martin Griffiths this week in Abu Dhabi."