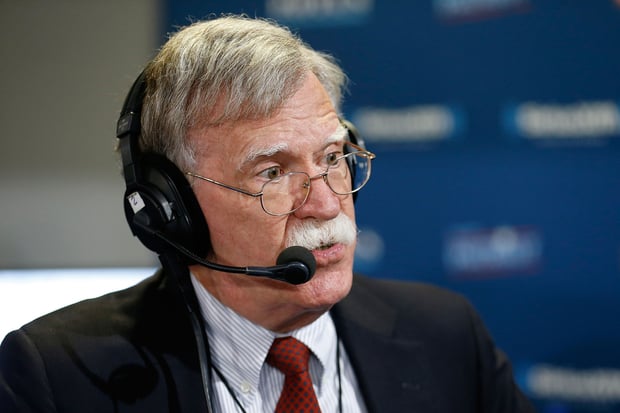 An audio recording of Jamal Khashoggi's murder inside the Saudi consulate in Istanbul does not implicate Saudi Arabia's powerful crown prince, Mohammed bin Salman, a top White House adviser said, citing others who have heard the tapes.

John Bolton, a national security adviser and key member of the Donald Trump administration, said that “those who have listened” to the recording also say that the crown prince, commonly referred to as MBS, was not involved.

Speaking to reporters in Singapore ahead of a regional summit, Bolton said he hasnt listened to the recording himself, however.

The New York Times reported earlier this week that a member of the Saudi hit team, sent to the consulate to kill Khashoggi on 2 October, told a superior over the phone to "tell your boss" that the operation had been accomplished.

That "boss" is believed to be MBS, several US intelligence sources told the Times, which, if true, would put added pressure on the US to reexamine its relationship with Riyadh and the crown prince in particular.

Bolton said Trump has demanded a full investigation from the Saudis and for those responsible to be held accountable.

"The president has made it very clear that he expects were going to get the truth from the Saudis – and the king and the crown prince, in the conversations theyve had with the president, have committed to that," Bolton said.

The brazen murder of Khashoggi, a Saudi insider-turned-critic and prominent Washington Post columnist, has caused intense speculation over what, if anything, bin Salman might have known about the operation.

Turkish President Recep Tayyip Erdogan has said the order to murder Khashoggi came from "the highest levels" of the Saudi government and pointedly failed to absolve Crown Prince Salman of responsibility.

Saudi Arabia, for its part, has denied that the “tell your boss” line was in the recording.

“Despite our multiple requests, the Turkish authorities have not provided us with the recordings. However, they allowed our intelligence services to hear recordings, and at no moment were there any references to the mentioned phrase in those recordings,” an unidentified Saudi official told the Washington Post.

The Trump administration embraced the young prince as a reform-minded ally, but the murder of Khashoggi – who had been living in self-imposed exile in the US at the time of his murder – has soured that narrative.

Turkey has previously said it shared recordings linked to the murder of Khashoggi with officials in Riyadh, Washington and other capitals.

Khashoggi was last seen entering the consulate on 2 October to obtain documents for his forthcoming marriage.

After repeated denials, Saudi Arabia finally admitted the 59-year-old had been murdered at the mission in a "rogue" operation.

Al-Mouallimi: We are all working to alleviate the suffering of the Yemeni people

Dancing on the dead: The US embassy opens a new era of bloodshed