Hollyoaks actress Jennifer Metcalfe has been spilling the beans ahead of Mercedes McQueens wedding to Russ Owen later this week.

Theres just a few days left for Mercedes to enjoy being single, but actress Jennifer Metcalfe has of course already filmed the scenes and has been giving some cheeky hints as to whats to come.

Jennifer appeared on Loose Women to chat about the upcoming episode, which features panelists Linda Robson and Janet Street Porter, who both have cameos on Mercedes big day.

Chatting about her experience filming, Janet dropped a bit of an onset secret.

I went to the pub at lunch time in costume, and I couldnt believe all the characters were in the pub having their lunch in costume, she blabbed.

As Jennifer tried to keep that little nugget of information husshed, she muttered under her breath: Having a couple of pints.

She then confessed that she wore Mercedes beautiful fishtail gown down the boozer for a pie and chips, breaking so many rules on wearing white while eating.

It just takes that long to take them all off and that hour you get, you want to make the most of it, she confessed.

She also divulged just how much was spent on the dress for her wedding to millionaire Russ: That dress cost £120.

Last of the big spenders, eh?

The wedding will be Mercedes sixth, and Jen for one loves filming her characters multiple big days.

I love it, everyone has birthdays, she has weddings, she said. I think [shes had] six, and theres been a couple of failed ones in there too.

Mercedes and Russ had their first wedding 11 years ago, but it was ruined by her cheating and him running off.

It was nice to return and go back to where she started, she said. Im rolling into my 13th year [on the show].

Crucially though, Janet Street Porter asked if this wedding will be the one to stick, and Jen just laughed. Well that tells us everything we needed to know.

The 36-year-old has recently returned to Hollyoaks after maternity leave having given birth to son Daye.

Asked about his unusual name, the actress explained: I just made it up one day in the car. Greg didnt like it at first but I just told him he was being called it.

But panic not, she doesnt plan on leaving the soap to expand her family further any time soon.

That hasnt put me off [having more], she said after explaining her sons umbilical chord had been tied in a knot when he was born, making her labour more dramatic than most. But the sleepless nights have, Im so tired.

Mercedes wedding airs on Thursday on E4 and Friday on Channel 4.

MORE: Hollyoaks star Malique Thompson-Dwyer confesses hes afraid of everything as he heads into the Im A Celeb jungle 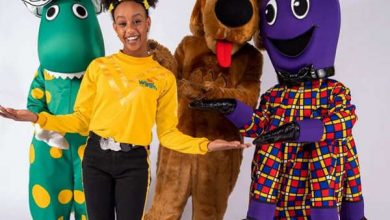 Meet Tsehay Hawkins: the teenager taking over as the Yellow Wiggle

Coronation Street spoilers: Steve McDonald cheats on Tracy Barlow – and the other woman is a shock