Palestinian civil servants in Gaza Strip which is under the control of Hamas movement received salary payments, after a $15 milion Qatari cash infusion was handed to Hamas with Israeli approval.

However, Palestinian Fatah movement headed by President Mahmoud Abbas, condemned the move, saying Qatar was working to consolidate the Palestinian divide and that Hamas is selling the Palestinian blood at a $15 milion price tag.

The $15 million Qatari cash infusion which is the first of a total of $90 million that would come into Gaza over the next six months with Israeli approval, arrived via Tel Aviv Ben Gurion International Airport, before it was transported by land to Gaza Strip, in the car of Qatars ambassador to Gaza, Mohammed al-Emadi, through the Erez crossing with Beit Hanoun, north of Gaza Strip.

Israeli media revealed that the lists of Palestinian civil servants who were paid, went through “security screening” in Israel within a process agreed upon by the Qatari mediators.

Meanwhile, Hamass political rivals, the Palestinian Authority and the Fatah movement described the move as a “humiliating masquerade” and stressed that Hamas, throughout the previous period, was circumventing the Palestinian cause under the name of the “March of Return” and the “Resistances Weapons” with occasional shelling exchanges on Gaza border with Israel every Friday since last March, amid an Israeli blockade.

Under these slogans, weekly bloody marches were staged leading to the deaths of more than 220 Palestinians by the Israeli forces over the last eight months.

But the real goal of these marches, according to critics of Hamas, is to put pressure to resolve the crisis of the salaries of thousands of Hamas members working in the administrative apparatus in the Gaza Strip since the coup against the Palestinian Authority.

Branded a terrorist group in the West, Hamas has been under years of embargo by Israel and neighboring Egypt. Hamas leaders said in the past they had received funds from other countries, including Iran.

Observers for Qatar were present at all 12 post offices across Gaza to monitor the salary disbursements. Employees had to present their identity card and be finger-printed.

Palestinian protestors stoned the Qatari ambassadors convoy during his visit to Gaza on Friday, as shown in a video that was widely shared on social media. Read more

Hamas has hired over 40,000 people in Gaza since 2007 but many appeared to have been excluded from the list of payees.

“They told me they dont have money for me,” one employee told Reuters on condition that he would not be named. “Maybe Israel vetoed my name?”

Officials from Hamas, Qatar and Israel have been largely silent about the details of the Gaza payouts arrangement.

But a member of right-wing Israeli Prime Minister Benjamin Netanyahus security cabinet played down their significance.

Elkin accused Abbas, whose peace talks with Netanyahu stalled in 2014 and who is boycotting the United States because of its pro-Israel policies, of cutting salaries to “inflame Gaza, because he has not been successful on other fronts”.

“The Qataris came along and said: We are willing to pay this instead of Abu Mazen (Abbas), in order to calm Gaza down. What does it matter who pays it?” Elkin said.

Wasel Abu Youssef, a member of the executive committee of the Abbas-led Palestine Liberation Organization, criticised the move. “Arrangements through Qatar and elsewhere prolong the crisis of Palestinian division,” Abu Youssef told Reuters.

Dohas donation, as well as UN-Egyptian truce mediation and winter rains, have tamped down the violence at the border, where Gaza medics say Israeli army fire has killed more than 220 Palestinians since the protests began on March 30.

Israel, which says its lethal force prevents armed infiltration, has lost a soldier to a Gaza sniper and tracts of forest and farmland to incendiary material flown over the frontier on kites or helium balloons.

“This is one of the fruits of the March of Return,” Abraham Baker, a police officer who received a full salary, said, using the Palestinian term for the protests, which demand rights to lands lost to Israels in the 1948 war of its founding.

When it comes to Palestine, France can’t shake off its colonial past 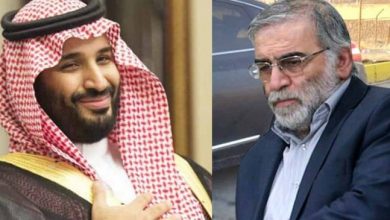