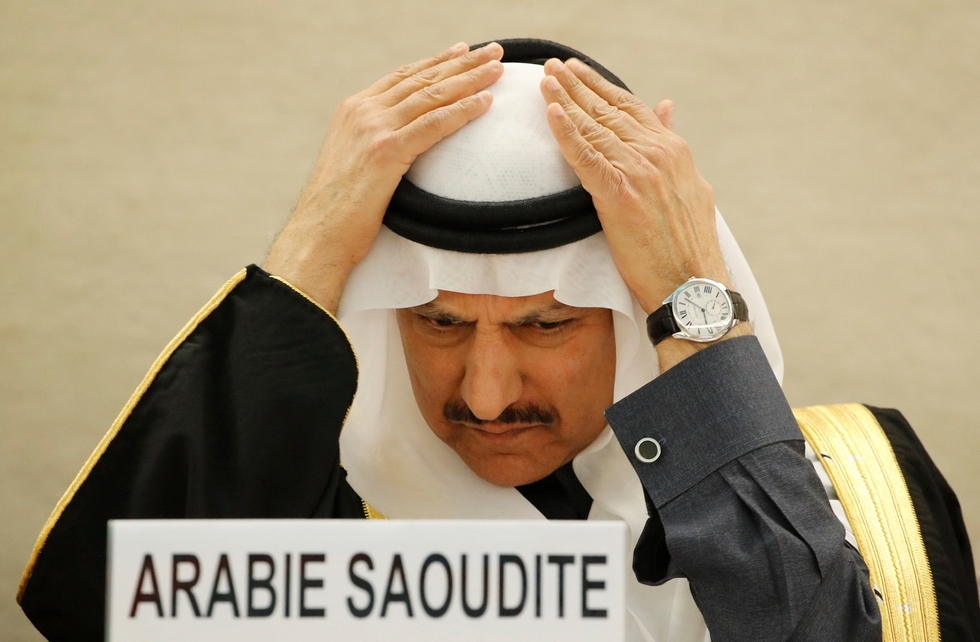 Saudi Arabia has insisted that its investigation into the killing of journalist Jamal Khashoggi will be "fair", amid a barrage of criticism at a United Nations meeting on Monday.

The half-day public debate at the UN Human Rights Council in Geneva came just over than a month after the Saudi insider-turned-critic was murdered in the Saudi consulate in Istanbul.

Turkish officials said last week that Khashoggi was strangled as soon as he entered the consulate on 2 October in a planned hit, and his body was then dismembered and dissolved in acid.

The head of the Saudi Human Rights Commission, Bandar Al Aiban, stressed that the "country is committed to carry out a fair investigation".

"All persons involved in that crime will be prosecuted," he said.

Why Mohammed bin Salman is now circling the wagons

The so-called Universal Periodic Review – which all 193 UN-member countries must undergo approximately every four years – came as a Turkish official charged on Monday that Saudi Arabia sent experts to Turkey to cover up the journalist's murder before allowing Turkish police to search the consulate.

The murder has placed huge strains on Saudi Arabia's relationship with the United States and other allies and has tarnished the image of powerful Crown Prince Mohammed bin Salman.

Calls to end Yemen war, use of death penalty

During Monday's review, several Western countries voiced outrage at the killing, with many calling for a "credible" and "transparent" investigation, and some, like Iceland and Costa Rica, went further and demanded an international probe.

The British ambassador to the UN, Julian Braithwaite, told the council his country was "gravely concerned about the deteriorating human rights situation in Saudi Arabia", pointing to women's rights, mass arrests of rights defenders and the extensive use of the death penalty.

"But most concerning is the murder of Jamal Khashoggi," he said, urging Riyadh to "ensure comprehensive and transparent investigations into the murder" and to make sure "those responsible are held to account, and that measures are put in place to prevent any possibility of recurrence".

"A thorough, conclusive and transparent investigation carried out in accordance with due process with results made public is essential," he said.

Both the US and the UK have deep political and economic ties to the Saudi government, selling Riyadh billions of dollars worth of weapons every year.

The review also focused heavily on the use of the death penalty in Saudi Arabia, especially as it relates to alleged crimes committed by people when they are under the age of 18.

The kingdom has one of the world's highest rates of executions, with suspects convicted of terrorism, homicide, rape, armed robbery and drug trafficking charges facing the death penalty.

Many countries urged Saudi Arabia to introduce a moratorium on the death penalty or to abolish it altogether, and to explicitly ban its use for juvenile offenders.

Saudi Arabia's role in Yemen's brutal civil war was also criticised, with a number of countries urging it to halt the devastating bombing campaign there.

Israel drops out of race for UN Security Council seat