Dedication: With 503 wickets, Matthew Kent is the first Hawks player to achieve the milestone of 500 club wickets. Photo: Supplied

The first derby of the season two weeks ago saw club legend, Matthew Kent, take his 500th club wicket to stamp his standing in the club, and the Busselton Margaret River Cricket Association, with the best of all time.

With 503 wickets, Kent is the first Hawks player to achieve this feat and is well and truly clear of clubmates Michael Brookes, (326) and Michael Earl, (319) in his wicket taking tally.

His A grade tally is sitting at 450 wickets at an average of just over 13, with former Hawk Ray Scotts 303 A grade wickets the next best.

Kents career can be simply put into context with Chris McClean the only other current A grade player with more than 100 A grade wickets with 234.

It is a testament to Matts commitment and perseverance that he has notched this wonderful achievement.

His longevity has seen five A grade premierships, A section Country Week premiership player, club captain, multiple bowling award winner for club and association and a feared bowler throughout the state.

From working his way through junior cricket in Margaret River, to Hawks B grade and then A grade, Kent is now relishing his role as mentor to the younger players; while still showing them how it is done on a weekend.

However, we must also thank his better half, wife Kim, for her patience with his years of toil at the club and her own work on the club committee.

Without her support, (and it must be noted, all the partners and families of our players!), who knows where he and the club would be.

A long list of congratulations has already been posted on the Hawks Facebook page, with legend, gentleman and resilience amongst some of the words aptly describing him.

We will leave the last word to Hawks president, Al Wilkie.

“Geez, hang on. I need to think about what not to say about him. Look, milestones are an important part of cricket, but reaching 500 wickets is something that can only be achieved by a lifetime of dedication to the sport and a club.

“It is a testament to Matts commitment and perseverance that he has notched this wonderful achievement. The Margaret River Hawks Cricket Club salutes a true champion.” 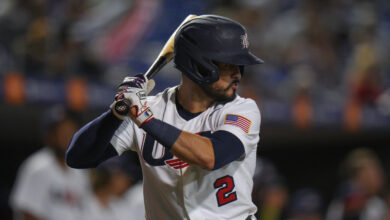