Sebastian Kurz speaking at the UN in New York in September. Photo: DPA

Austria said Wednesday it will not sign a United Nations migration pact that is set to be adopted in December, in order to "defend its national sovereignty."

The United States and Hungary have already rejected the Global Compact for Migration, which aims to boost cooperation to address the world's growing number of migrants.

"The government has agreed… not to sign the United Nations pact and thus not to bind Austria," said a statement from the ruling coalition led by Chancellor Sebastian Kurz of the centre-right OeVP.

Kurz's coalition partner, the far-right Freedom Party (FPOe), has been pushing for Vienna to reject the pact.

The coalition, which took office last year, won votes on an anti-immigration platform following the 2015 surge in arrivals of asylum seekers.

Although the pact is non-binding, Austria said it would not sign because of "the importance of defending Austria's national sovereignty", Kurz was quoted as saying in the statement.

The final text was agreed in July after 18 months of negotiations, and is set to be adopted during a conference in Morocco on December 10-11th.

It lays out 23 objectives to open up legal migration and better manage flows of people as the number on the move worldwide has increased to 250 million, or three percent of the world's population.

The United States said in December it was quitting negotiations on the pact because of provisions "inconsistent with US immigration and refugee policies".

Hungary's anti-immigration Prime Minister Viktor Orban said in July that Budapest would boycott the pact because it was "dangerous for the world and Hungary" and would "inspire millions to set out on the road".

Poland has also expressed opposition to the accord.

Polish skier pulls off Bode Miller-like run with only 1… 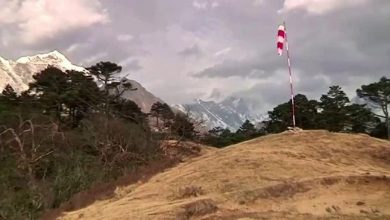