UPDATE, writethru: Theres lots of varied action at the international box office this weekend, with milestones — and near-milestones — aplenty. Coming in again at No.1 domestically and worldwide, Universal/Miramax/Blumhouses Halloween takes the top spot in its second offshore frame. It scared up $25.6M for a $45.6M overseas cume and $172.3M global. There were 39 markets added abroad, including a handful of majors with No. 1s notably in Germany, Spain, Brazil and Italy. The overall drop from opening last weekend was 47%, with some good holds in key markets, including the top spot again in Mexico.

While the Halloween franchise has typically been more of a domestic property, and slasher films can have a tougher time in traditional offshore horror markets, Universals EVP of International Distribution, Niels Swinkels, is bullish on the overseas play. Internationally, the IPs heritage is only applicable in part of the world and Jamie Lee Curtis return to her iconic Laurie Strode role is playing where its a known entity, also taking names where its being sold as a new proposition. The David Gordon Green-helmed title is comping well to the Annabelles, The Conjuring, Happy Death Day, Dont Breathe and Lights Out. This week, theres holiday play ahead.

In the UK, Halloween was in a knife fight with A Star Is Born last weekend, landing No. 2 behind the awards hopeful. This weekend, both took a backseat to Foxs Bohemian Rhapsody. The Queen biopic rocked up a $12.2M opening on 1,250 screens in the home market. This followed last Tuesdays mega-premiere at Wembley Stadium and is 127% above Star Is Born, 95% over The Greatest Showman and 46% ahead of La La Land.

But dont cry for Warner Bros Star Is Born as it crossed the $100M mark overseas, dropping just 23% from last session with $17.6M in 75 markets and Bradley Cooper and Lady Gaga showing legs. The film also topped $250M worldwide. Universals Johnny English Strikes Again is another one to cross $100M internationally while WBs Smallfoot is stepping ever closer to the threshold.

As we noted during the week, Venom topped $300M overseas and was set to pass the $500M milestone worldwide this session — and it did not disappoint. The Sony release chomped on $17.3M in 65 overseas markets to hit $321.1M offshore and $508.4M global with Japan and China still to get their licks in early next month.

Meanwhile, Foxs The Predator landed in China with a No. 1 opening at $20M as the offshore cume heads to the century mark tomorrow.

Breakdowns on the films above and more have been updated below.

Foxs Freddie Mercury/Queen biopic followed its world premiere at Londons Wembley Stadium last Tuesday, the scene of one of the bands most iconic performances, with a debut in the UK this weekend on 1,250 screens. As expected, it easily topped the box office, rocking out to a $12.2M opening. The start is bigger than musical pics A Star is Born (+127%), The Greatest Showman (+95%), La La Land (+46%), and Les Misérables (+15%). It also comped favorably to recent superhero titles Venom (+15%) and Logan (less than 3% behind).

The movie currently has a 55% rating on Rotten Tomatoes and doesnt stomp into North America until next weekend. There has been some griping about the film overall, although Rami Maleks performance as the compelling Mercury has been roundly praised. Fox did a takeover of Carnaby Street, and the UK was always expected to open big. Anticipation elsewhere has been high.

The movie moves into 64 international markets next weekend including Australia, Brazil, France, Germany, Mexico, Russia, Korea and Spain. At CineEurope in Barcelona last June, Fox closed out its presentation with an extended look at the film which was introduced by producer Graham King and star Malek. Queen members Brian May and Roger Taylor also came out to the stage after playing a concert a few days before in the Spanish city, whetting Euro exhibs appetite.

Universal/Miramax/Blumhouses reboot-sequel added 39 markets this session to bring the total in play to 62, and took a $25.6M slice of the international box office. Coupled with the No. 1 domestic sophomore turn, the movie is No. 1 worldwide and overseas this frame after opening in a soft rollout last weekend. The offshore total is $45.6M with $172.3M global. Uni is expecting strong play throughout the upcoming holiday (which includes the November 1 day off in some European markets).

The top opener was Germany this session with $3.27M at No. 1 at 518 sites. This is the best start ever for a Blumhouse title and tops The Nun, while more than doubling Annabelle: Creation, Annabelle, Dont Breathe, The Conjuring, Lights Out and Happy Death Day. In 24 markets, the Jamie Lee Curtis-starrer has already topped the latters lifetime.

Amid strong local and other competition, France bowed to $2.32M at 316 sites, landing No. 5 while beating The Conjuring, Happy Death Day, Lights Out and Dont Breathe. Australias first weekend was No. 2 at 265 locations. This is the 2nd best start for a horror title in 2018 and Blumhouses 4th best ever. It also topped most of the comps. In Spain, Halloween was No. 1 with the highest per-screen and per-location perf in the market at 305 and grossing $1.37M to fall in line with The Conjuring and the Annabelles.

Brazil, a big horror hub albeit not always for slasher pics, gave the David Gordon Green movie a No. 1 start with $1.4M at 582 and the 3rd best launch for Blumhouse. Italy was also a No. 1 bow at 359 with $1.28M and looking towards strong play-out. Further No. 1 starts were seen in Austria, Peru, Colombia, Argentina, Greece and Hungary.

In new Asian markets, Halloween was tops with Malaysia for $351K at 128 while Hong Kong opened to $290K at 45 to land above Annabelle and HDD.

Next weekend brings Korea and Thailand into the frame.

Foxs The Predator landed in China this weekend to help prop up what has been an underwhelming performance elsewhere. The Shane Black-directed reboot of the franchise grossed $20M in the Middle Kingdom, coming in at No. 1. There have been precious few big studio releases in China of late which helped it get to the top spot, but it didnt knock anyones socks off. The Douban score is 5.2. (Next weekend, China ramps up on Hollywood fare, including Venom and The Nutcracker And The Four Realms.)

The sixquel, in 21 markets this session, grossed $20.7M. It has a reported $88M production cost and comes eight years after 2010s Predators which did best in a combination of Japan, the UK, Russia, Australia and Germany, finaling with $75M overseas. This one is better, now close to the $100M mark internationally with $98.3M through Sunday. Predators did 59% of its business overseas, The Predator is currently at 66%.

A STAR IS BORN

Bradley Cooper and Lady Gaga rocked out to another $17.6M in 75 markets and on 6,965 screens. That lifts the overseas total to a running cume of $104.6M and puts $253.3M in the global songbook. The drop this frame was just 23% as audiences continue to discover, and repeat, the film.

Australia was the best performer this session, its 2nd, with $3.7M on 536 screens to dip only 14% and retain No. 1. The cume is $10.1M so far. In the UKs 4th weekend, the movie was No. 2 after a 29% drop for $25M to date. France stayed even losing 0% from last frame and has now grossed $8.7M — this despite strong competition locally, and this being Frances 4th weekend. Germany and Italy round out the Top 5 overall markets with $6.8M and $5.7M, respectively through today. The drops there were 29% and 17% from the previous session.

The last key market to open is Japan on December 21

Sonys Venom continues to tear away at the offshore box office, adding $17.3M in the fourth frame to lift overseas to $321.1M and global past the half-century mark. With $508.4M to date, its the lucky No. 13 movie of the year, but will blow past that with Japan and China still on deck. It should push well above $600M after they come online in early November.

Warner Bros Smallfoot is another film closing in on $100M internationally with a $17.3M weekend in 78 markets. The drop was a slight 8% in holdover hubs for a total to date of $95M. There are school holidays in many offshore plays and the top opener this session was Russia with $3.6M (including sneaks) on 2,509 screens for No. 1. The yeti movie came in above nearly all comps, besting Mr Peabody And Sherman by 2%, The Emoji Movie by 16%, Captain Underpants by 38%, The Lorax by 54% and Storks by 57%.

In holds, China dipped just 12% from the opening weekend and has cumed $7.8M. Frances sophomore session was worth $2.8M on 545 to rank No. 2 behind the debut of Le Grand Bain (a sort of Full Monty à la française which is hitting a chord locally, taking $7.8M). The French cume on Smallfoot is $5.5M.

Sonys sequel treated overseas audiences to another $10.3M this weekend from 5,700+ screens in 41 markets. The running overseas cume is $24.2M for $62.5M global. France led all markets with $1.4M (including previews), 50% bigger than the opening of the original. Australia bowed to $1.4M (including previews) and Spain debuted at No. 2 with $855K. The UK scared up $1.7M in its 2nd session to jump by a percentage point and lift the cume to $6.4M. On deck is Russia this week.

A winner for Universal and Working Title, the threequel spy spoof crossed $100M internationally late last week and now has an offshore cume of $107.7M. Worldwide, the total to date is $109.3M after a sluggish North American opening which was essentially to be expected since these movies, which are made for a price, are much bigger overseas plays. The Rowan Atkinson character in 57 offshore markets this session added $7.1M and saw a drop of just 36% from last weekend. Hes also crossed the lifetimes of the first film in the series (Johnny English) in 46 markets, and the sequel (Johnny English Reborn) in 36.

Openers this frame included Czech Republic at No. 1 with $352K at 100 sites for the biggest launch of the franchise, and Slovakia at No. 2 with $129K from 60 locations to almost triple Reborn while more than doubling 22 Jump Street and Kingsman.

Universals Neil Armstrong biopic picked up another $6.3M overseas in the session to bring the international cume to $36.6M. Worldwide, the Damien Chazelle-helmed pic is at $74.5M. Its currently playing in 50 offshore markets and opened in four new ones this weekend. Among them, Denmark was a No. 2 launch with $268K at 89 locations behind a local title and up on Sully. Taiwan started at $244K from 88 sites and Uni is expecting solid play-out on the critically-lauded film.

There are still majors to come including Italy, Germany, Mexico and Japan.

Stan Lee Remembered By Hollywood Stars, Friends & Fans: “One Of The Greatest Creative Minds Of Our Time” 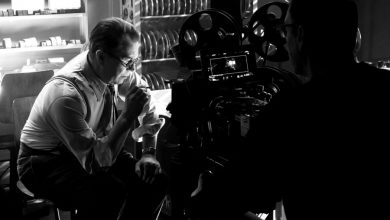