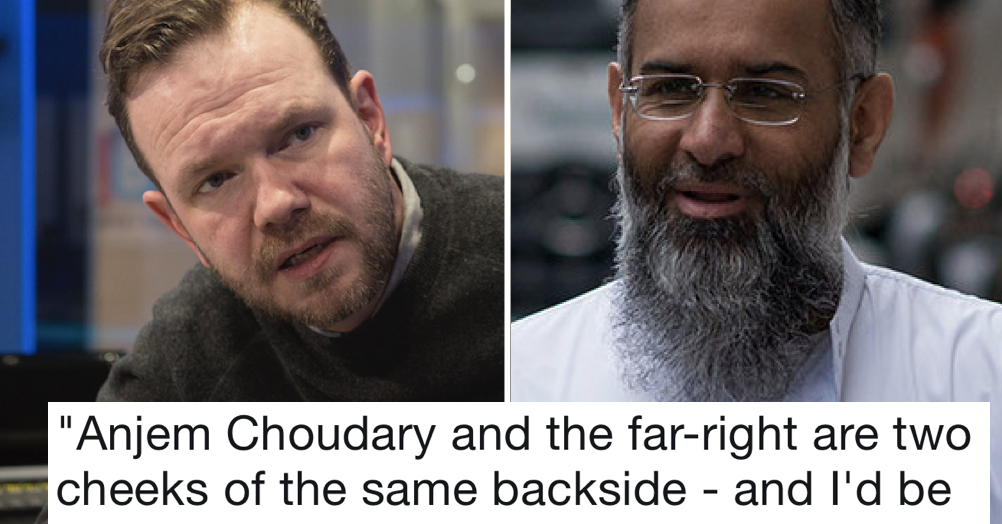 The Islamist hate preacher, Anjem Choudary, who was jailed in 2016 for encouraging people to support terror group Islamic State, has been released from Belmarsh Prison after two years. LBC presenter, James OBrien discussed the clerics rise with his listeners, at one point making this point.

"Anjem Choudary and the far-right are two cheeks of the same backside – and I'd be happy to see neither of them ever again."@mrjamesob pic.twitter.com/T3QaUlPdOD

“Two cheeks of the same backside” seems quite accurate, and it makes it all the more suspicious that the far-right protesters who taped up their mouths in support of Tommy Robinson didnt make the same argument about Choudary. What could possibly be the reason?

Amidst all the facts and outrage, some people treated his release with the contempt it deserves.

I cant help be suspicious that the vile Anjem Choudary has been released just in time for Im a Celebrity….

There was also this little trip for him to look forward to.

We wont hold our breath waiting for the EDL campaign on his behalf.

22 cars burned in Sweden as country rocked by rising crime

Rep. Walter Jones Presses Defense Secretary Jim Mattis: ‘I Do Not Think We’re Having Any Successes’ in Afghanistan