Some members of the 15 Saudi suspects that travelled to the country's Istanbul consulate are close with Crown Prince Mohammed bin Salman, the New York Times reported on Tuesday.

Turkey released the names and identities of 15 Saudis who are allegedly involved in journalist Jamal Khashoggi's disappearance and likely death.

One of the suspects, Maher Abdulaziz Mutreb, is a diplomat who has travelled with the crown prince, commonly known as MBS, several times.

He was part of MBS' entourage when the crown prince made an extensive US tour earlier this year. The Times showed pictures of Mutreb with MBS on tours of Boston, Houston and the United Nations in New York. 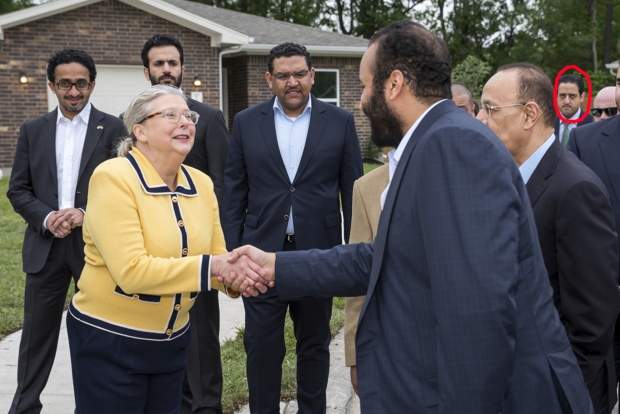 Another suspect is Abdulaziz Mohammed al-Hawsawi, who works as one of MBS' personal bodyguards, according to the Times report. Two other suspects, Thaar Ghaleb al-Harbi and Muhammed Saad Alzahrani, also operate as royal guards.

Yet another suspect, Salah al-Tubaigy, works as the head Saudi Arabia's Scientific Council of Forensics and specialises in mobile autopsies.

A Turkish source told Middle East Eye that Tubaigy cut Khashoggis body up on a table in a study in Saudi Arabia's consulate in Istanbul while he was still alive.

A former senior US diplomat told the Washington Post on Saturday that an operation of this nature "never would have happened without MBSs approval. Never, never, never”.

Saudi Arabia, for its part, strongly denied any involvement in Khashoggis disappearance and say that he left the consulate soon after arriving. However, they have not presented any evidence to corroborate their claim and say that video cameras at the consulate were not recording at the time.

Khashoggi, a veteran journalist and Washington Post columnist, vanished on 2 October after entering the Saudi consulate in Istanbul to pick up paperwork so he could remarry.