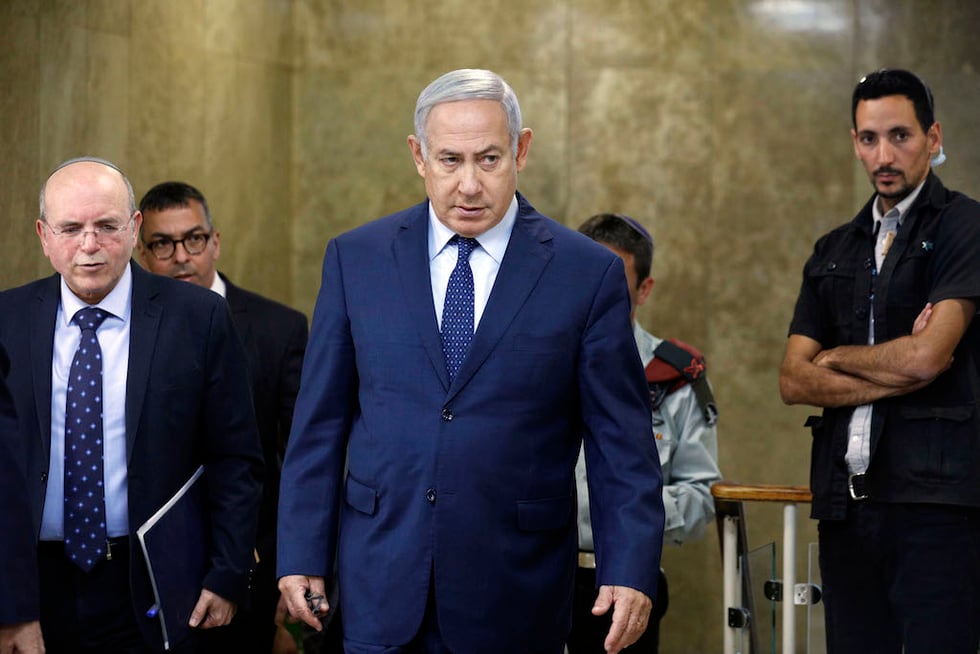 Israeli Prime Minister Benjamin Netanyahu has threatened to inflict "very painful blows" on Hamas following a resurgence of violence in the besieged Gaza Strip controlled by the movement.

"Hamas apparently has not understood the message: if it does not stop its attacks, they will stop in another way, in the form of painful blows, very painful," warned Netanyahu during a weekly cabinet meeting with ministers on Sunday.

"We are very close to another type of action that includes very hard shots. If Hamas is clever, it will cease fire and violence now," he said.

Israel suspended oil deliveries to the Gaza Strip on Friday after Israeli forces shot dead seven Palestinians during protests near the fence separating the enclave from Israel.

Israeli Defense Minister Avigdor Lieberman announced on Friday the "immediate" halt to the supplies needed for the only power plant in the territory.

On Sunday, it was revealed that Lieberman's decision to halt the shipments was taken against the advice of senior Israeli security chiefs.

At 70, Israel more than ever deserves a cultural and academic boycott

According to Haaretz, the officials said it was impossible to halt fuel and gas shipments for days at a time without excacerbating the humanitarian crisis in Gaza.

In recent months, Israeli security officials have reportedly argued that Israel needs to completely distinguish between the border and the continuation of humanitarian aid.

The UN and US-backed fuel deal, which had only commenced on Tuesday, had seen the delivery of thousands of litres of fuel oil paid for by Qatar into the Palestinian enclave.

For months Gaza residents have been receiving only four hours of mains electricity a day on average, while the UN has warned that Israel's 11-year blockade of the enclave has resulted in a "catastrophic" humanitarian situation.

On Saturday, Lieberman said on his Twitter account that Gaza's fuel and gas deliveries will resume only in the event of "total cessation of violence, the launching of incendiary balloons [from Gaza to Israel] and the use of burned tires in the face of Israeli localities" close to the territory.

Qatar, a longtime supporter of Hamas, is paying the six-month $60m bill for the fuel.

Gaza's health ministry said that, in addition to the seven fatalities, 192 Palestinian demonstrators were injured during Friday's protests.

Of those, 140 people, including 45 children, eight women and two paramedics, were hurt by live ammunition.

Israeli army spokesman Jonathan Conricus said around 20 Palestinians had crossed the border in an "organised attack" after an explosive device destroyed a portion of the fence.

About five of those who got through the fence assaulted an Israeli army position and were "repelled," he wrote on Twitter.

A Middle East Eye photographer in Gaza said that three Palestinian youths had approached the Israeli military fence, crossed it and got into a fist-fight with Israeli snipers stationed west of the fence.

Palestinians have been protesting every Friday since 30 March as part of the Great March of Return.

► Lara al-Qasem's case is a public relations disaster for Israel

Since the demonstrations began, the Israeli army has killed at least 205 Palestinian protesters and wounded thousands more, according to Gaza's health ministry.

The majority were killed during border demonstrations, though others have died in air strikes and tank shelling.

One Israeli soldier has been killed over the same period.

Protesters have sent incendiary devices attached to balloons into Israeli territory during demonstrations, which Israel says has caused hundreds of thousands of dollars-worth of damage to farmland.

The protesters are demanding to be allowed to return to lands now inside Israel, from which their families fled or were displaced during the 1948 war surrounding the creation of the Jewish state.

They are also calling for Israel to end its crippling blockade of the strip.