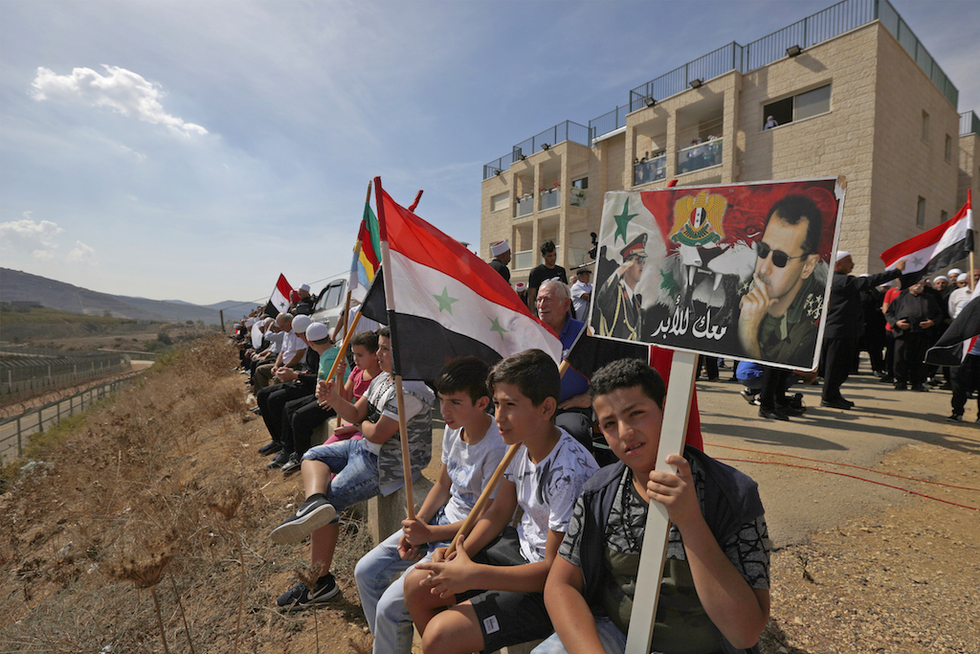 The United Nations, Israel and Syria have reached an agreement to reopen the Quneitra crossing in the Golan Heights on Monday, the United States has announced, urging the two Middle East countries to facilitate the work of peacekeepers in the zone.

"The United States welcomes the reopening of this crossing, which will allow UN peacekeepers to step up their efforts to prevent hostilities in the Golan Heights region," US Ambassador to the UN Nikki Haley said in a statement on Saturday.

The UN Disengagement Observer Force (UNDOF), a unit with about 1,000 troops, was established in 1974 and monitors a ceasefire line separating Israeli-occupied parts of the Golan Heights from Syria.

UNDOF resumed its patrols in the area of the crossing point in August, after withdrawing in 2014 when al-Qaeda-linked rebels overran the area, three years into Syria's civil war.

UNDOF's return was made possible after Syrian government troops retook the Syrian side of the crossing in July under a deal with rebel fighters brokered by Moscow.

It had been sealed completely since April 2015, choking off one of the most important trade routes for the government, the AFP news agency reported.

"We look to both Israel and Syria to provide UN peacekeepers the access they need as well as assurances of their safety," Haley said.

"We also call on Syria to take the necessary steps so UNDOF can safely and effectively deploy and patrol without interference."

Haley added that all sides must stick to a 1974 agreement and "keep any military forces other than UN peacekeepers out of the area".

Israel seized much of the Golan Heights from Syria in 1967 and later annexed it in a move not recognized by the international community.

The Quneitra crossing was used by Druze living on the Israeli side travelling to Syria for higher education or weddings. Druze farmers also exported apples to Syria through Quneitra.