Bright stars: Sarah Roddy and Nick Liebenberg at the Margaret River Golf Club, where the pair have both brought home sought after trophies this year. Photo: Nicky Lefebvre

Two of Margaret Rivers brightest golfing talents are celebrating some impressive trophy wins over the past few months. Sarah Roddy won the South West District Ladies Championship and the Champion of Champions of 2017, as well as the Margaret Ladies 2018 Tournament. Competing in Harvey over 36 holes for the SWC title, Roddy said the “beautiful little course” was a challenge against players from all over the South West.

“I hadnt played very much in the lead up, there was another girl in the lead playing very well, but unfortunately had a rough day on the second and my day went well so I could secure the win.”

Roddy played golf for many years in New Zealand before arriving in the region about 4 years ago, said she relished the chance to get back into the sport after long breaks raising her family.

“I love this course, it is paradise,” she said. “We are so lucky we get to play here, everyone is lovely and it is an easy place to slot into as a relative newcomer to the area.”

Eighteen year old Margaret River SHS student Nick Liebenberg is in his final year of school, but managed to find the time to take first place in the Bunbury Club Championships in late August.

Competing against players with far more playing years on him, Liebenberg was the youngest person to take to the course with just six years experience to his name.

“I want to go to the USA next year and try to get into a college over there, and then hopefully try to play professionally and get on the PGA tour,” he said.

“I have my final exams in about five weeks and then Ill be able to get back to practicing every day on the course.” 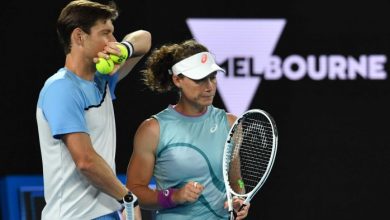 De Bruyne upbeat as he bids to put injuries behind him