Dubai: Part-time leg-spinner Marnus Labuschagne has claimed a wicket on debut to give Australia some much-needed cheer but Pakistan continue to march towards an imposing first-innings total on day two of the first Test in Dubai.

The hosts were 5-417 at tea on Monday, with Haris Sohail unbeaten on 88 and Babar Azam three not out.

Sohail combined with Asad Shafiq (80) for a 150-run stand before Labuschagne struck in his first over for the day minutes before tea, removing Shafiq with a ripping delivery which spun away from the right-hander and caught his edge.

It was otherwise a slog of a session in the blazing 39C heat with Pakistan adding just 88 runs to their total and Australian captain Tim Paine criticised for his tactics.

Paine gambled on not taking the new ball until the 120th over with Australia's quicks generating reverse-swing from an old ball which had been heavily worn by the dry deck.

By the time Mitchell Starc took the new ball in the first over of the middle session, Shafiq and Sohail were both well-settled at the crease.

"I would've taken it after four overs, so I'm about an hour-and-a-half out," former Test batsman Mark Waugh said on Fox Sports.

"There was a bit of reverse-swing but I just like the new ball, especially for the spinners as well. I'm very surprised."

Off-spinner Nathan Lyon was quick to make an impact with the new ball but was denied the wicket of Sohail by the DRS.

Sohail was on 51 when he advanced down the crease and padded away a Lyon delivery, prompting an appeal which umpire Richard Illingworth dismissed.

Paine called for a review and replays showed the ball was projected to hit the wicket but the umpire's call could not be overturned because Sohail was too far down the pitch.

Pakistan resumed on Monday at 3-255 with Shafiq and Sohail piling on more runs after Mohammad Hafeez (126) and Imam-ul-Haq (76) combined for a 205-run opening stand.

Peter Siddle's early wicket of nightwatchman Mohammad Abbas propelled the 33-year-old ahead of Merv Hughes as Victoria's most prolific Test paceman and the ninth-most successful Australian quick with 213 dismissals.

Swans show their silk in thumping win over sorry Saints 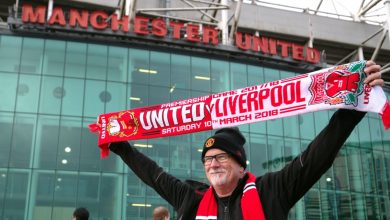 The European Super League may be on hold, but it will be back