Terrorist attacks on 22 September in Ahvaz, the capital of Irans oil-rich southwestern Khuzestan province, rocked the country. At least 29 people were killed and 70 others wounded. Groups including the Islamic State and a previously unheard-of body called the Ahvaz National Resistance quickly claimed responsibility, raising speculation that the four assailants were not part of any militant organisation.

In Iran, an early reaction came from Hossein Shariatmadari, the managing editor of the daily Kayhan, who is unofficially considered the mouthpiece of the governments radical faction. In a recent editorial, he referenced Irans adversaries, primarily Saudi Arabia, saying: "Why should their military and security officials anywhere in the world and in any disguise be immune to the fire of revenge? … They should fear even their own shadows as Islamic Iran's selfless supporters are present everywhere."

On 28 September, in a fiery speech to worshippers at Friday prayers in Tehran, in reference to the Saudis and Emiratis, Brigadier General Hossein Salami of Iran's Islamic Revolutionary Guard Corps (IRGC) said: "You are sitting in a glass house and cannot tolerate the revenge of the Iranian nation.”

The role of Saudi Arabia

Accusing the Saudis is not baseless. The 33-year-old de facto ruler of Saudi Arabia, Mohammad bin Salman, may be considering taking his country to the brink of war with Iran to restore Riyadhs reputation after spectacular fiascos in Yemen and Syria, along with the international embarrassment over his failed attempts to bring Qatar to its knees.

His ambitious economic reforms have also gone up in smoke as his father, King Salman, reportedly stepped in to shelve the record-breaking initial public offering of Aramco.

In May 2017, Mohammed bin Salman loudly and clearly said: “We wont wait for the battle to be in Saudi Arabia. Instead, we will work so that the battle is for them in Iran.”

Many observers concluded that Iran would retaliate against Saudi Arabia, which stood at the top of the blame list – probably sparking a regional war

Iranian leaders view the Saudis – and then the UAE, Israel and the US – as the Ahvaz attacks perpetrators. That there is no definite answer to the question of which group is responsible cements the Iranian leaderships belief that it was the Saudis.

“The crime of these [terrorists] is the continuation of the conspiracy of the US puppet governments in the region, aimed at destabilising our beloved country,” Iranian leader Ayatollah Ali Khamenei said in a statement. Later, in a speech, he added: "Terrorists hands are in the pocket of Saudi and the Emirates."

Iranian President Hassan Rouhani accused "one of the countries in the south of the Persian Gulf" of financially, logistically and politically supporting the terrorists. He added that "all the puppet states in the region are supported by [the US] and it is the US that encourages them [to act against Iran]."

In a collective outpouring of anger, Iranian leaders threatened to avenge the attack. Many observers concluded that Iran would retaliate against Saudi Arabia, which stood at the top of the blame list – probably sparking a regional war. Some experts even argued that the Saudis' aim was to provoke Iran to retaliate and pull the US into a war. But Iran, despite rhetoric targeting the Saudis from every corner of the country, is unlikely to take retaliatory action against Saudi Arabia or the UAE.

Despite radical verbal posturing, in practice, Iran's reactions to hostile moves by its adversaries have been calculated, cautious and patient. In each instance, when the government decides what should be done, the central concern is that retaliation should not lead to an all-out war.

In August 1998, during the rule of the Taliban – the sworn enemies of Iranian Shia – in Afghanistan, armed men stormed the Iranian consulate in Mazar-i-Sharif and killed 10 diplomats. Tens of thousands of Iranian troops amassed at the border with Afghanistan, prepared for a full-scale attack on the Taliban, but Khamenei opposed the plan and it was called off.

“Afghanistan is like a swamp: Anyone who has entered has not been able to exit gracefully,” Khamenei argued. But Iranians never forgot that incident, and three years later, shaping a strange alliance, Iranian forces and their Afghan proxies fought alongside the US army to topple the Taliban. Iranian mourners hold up pictures of young victims as thousands gather in the Iranian city of Ahvaz for the funeral of those killed during an attack on a military parade, on 24 September 2018 (AFP)

In another incident this past July, Iranian Kurdish militants, in a hit-and-run attack, killed at least 10 Iranian border guards. In early September, Irans Islamic Revolutionary Guard Corps (IRGC) launched a missile attack targeting the dissidents base in Iraq. Iran acted in confidence that the move would not trigger a military reaction from Iraq's Kurdish region or the Iraqi government.

When four Iranian nuclear scientists were assassinated between 2010 and 2012, Iran, confident that the attacks were Israel's work, repeatedly threatened "firm, decisive and crushing" revenge. Hossein Salami, the uber-hardliner who serves as the second-in-command of the IRGC, noted: “Only they [the Israelis] know where we have answered their action [regarding the scientists assassinations]. We dont announce it. But it was after that that they stopped assassinating our nuclear scientists."

In a report entitled “How Iran avenged the nuclear scientists”, the Mashregh News website, close to the security-military apparatus, wrote: "Probably Salami was alluding to the Jewish museum incident in Brussels, which occurred on May 4, 2014 … In that operation, two Mossad senior officers who had participated in the assassination of [Hezbollahs] Imad Mughniyeh in 2008, were killed."

Even if Salamis claim holds true – he is arguably the most rhetorical personality in the Iranian system and a master of aggrandisement when it comes to Irans capabilities – the way he refers to the incident suggests that even he avoids any provocation that may lead to a military conflict.

Another example is the 2015 incident in the eastern Golan Heights in Syria, where an Israeli air strike killed six Hezbollah fighters and a high-ranking IRGC general. After the attack, IRGC commander Mohammad Ali Jafari wrote: “Zionists should expect destroying thunderbolts."Ten days later, Hezbollah launched an ambush against an Israeli military convoy in Shebaa Farms, and according to Iranian media, reportedly killing 15 Israeli soldiers. Other media outlets reported that two Israeli soldiers were killed and seven others injured as a result of the attack.

Again, Iran avoided a direct conflict with Israel that could have led to full-on war.

Rhetoric aside, in the aftermath of the Ahvaz incident, official statements targeted neither Saudi Arabia nor other adversaries viewed as orchestrators of the attack. In a statement, Khamenei said: “The intelligence organisations must swiftly and meticulously track and arrest the rest of the perpetrators and hand them over to the powerful judiciary."

The IRGC maintained that “the leaders of the terrorists … will be pursued, and in the near future, a deadly and unforgettable revenge will be taken on them”.

It quickly became clear how Iran would retaliate. On 1 October, in an operation dubbed "Muharram Strike", six mid-range ballistic missiles were fired from a missile base belonging to the IRGC Aerospace Force in western Iran, followed by seven combat drones bombing the positions of the “mercenary and criminal” terrorists in Syria, according to an IRGC statement.

This may not be the last retaliatory move by the angry hardline faction that views its authority as having been undermined by the Ahvaz terrorist attack.

Let us not forget that last November, the Iranian founder of the militant separatist group Arab Struggle Movement for the Liberation of Ahvaz (ASMLA), Ahmad Mola Nissi, was gunned down by an assassin in front of his home in the Netherlands.

– Shahir Shahidsaless is an Iranian-Canadian political analyst and freelance journalist writing about Iranian domestic and foreign affairs, the Middle East, and the US foreign policy in the region. He is the co-author of Iran and the United States: An Insiders View on the Failed Past and the Road to Peace. He is a contributor to several websites with a focus on the Middle East as well as the Huffington Post. He also regularly writes for BBC Persian. He tweets @SShahidsaless.

Photo: Iranians carry the body of a victim during a public funeral ceremony for those killed during an attack on a military parade on the weekend, in the southwestern Iranian city of Ahvaz, on 24 September 2018 (AFP) 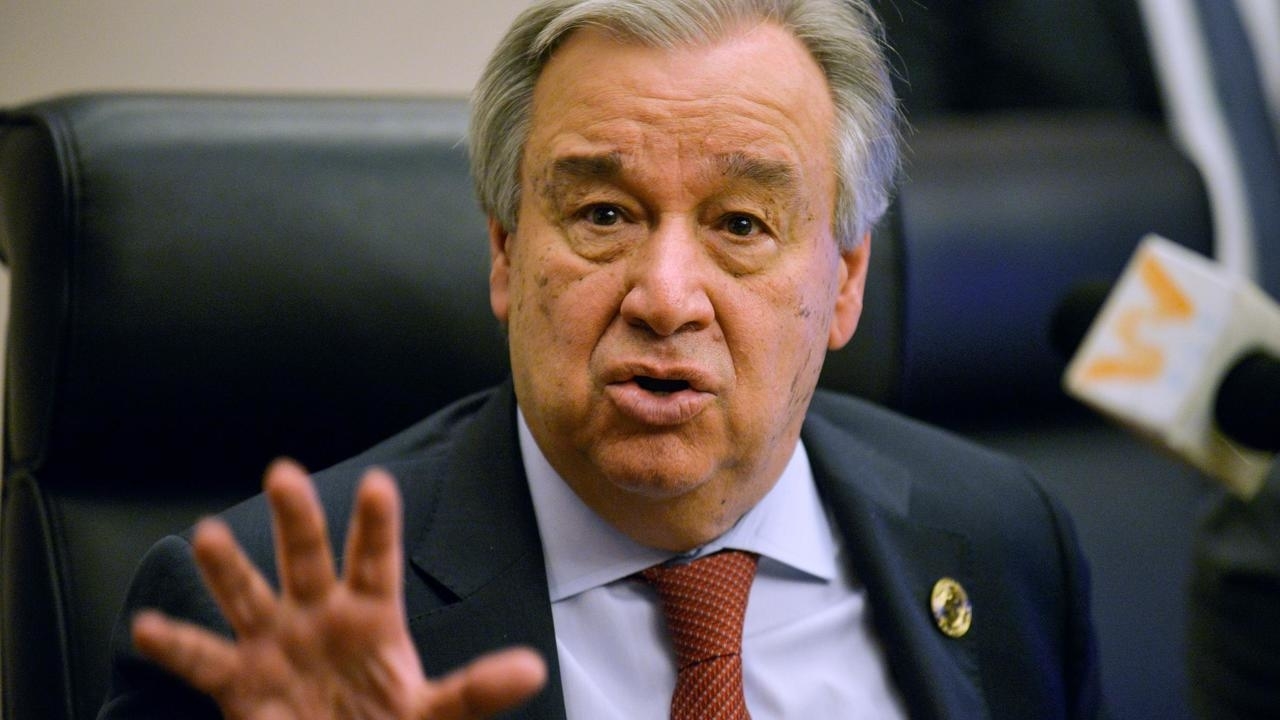