In a speech to the UN General Assembly, French President Emmanuel Macron called for multilateralism in dealing with Iran, and for countries to stop making trade deals with those outside the Paris climate accords, namely the US.

Macrons Tuesday speech was undoubtedly less scrutinized than US President Donald Trumps – which came shortly beforehand – and was thematically worlds away. While Trump celebrated the concept of sovereign nation-states and rejected “global governance,” Macron called for multilateralism in diplomacy and trade.

Macron on the other hand credited the deal – which granted Iran sanctions relief in exchange for a halt to its nuclear weapons program – with bringing stability to the region.

"What will bring a real solution to the situation in Iran and what has already stabilized it? The law of the strongest? Pressure from only one side? No!" Macron said. "We know that Iran was on a nuclear military path but what stopped it? The 2015 Vienna accord.”

France remains party to the deal, signed between Iran, the US, UK, France, Germany, China and Russia. Trump unilaterally withdrew the US from the deal, which he called “a windfall” for Iran in May. Macron was in Washington just days before Trumps withdrawal, and voiced his opposition then too, arguing that a bad deal was better than no deal at all.

On Tuesday, Macron channeled some of his inner Trump when he declared that France will “no longer sign commercial agreements with powers that do not respect the Paris accord,” referring to the climate agreement Trump pulled the US out of last year. Trump said at the time that the Paris agreement – signed by 195 countries – unfairly penalized the US and allowed countries like China and India to continue to pollute.

The French president did not explicitly name America in his Climate tirade, but called on other countries to join him in taking a stand.

Coming from vastly different societies and opposite political schools of thought, Macron and Trump somehow hit it off from the moment the pair engaged in the now internet-famous iron handshake at a NATO summit in May 2017.

From there, the two leaders developed a bromance of sorts, traveling to each others countries for reciprocal state visits and lavishing each other with praise. That relationship reportedly soured in recent months, as Trump and the EU became locked into a trade spat. When the two met before the General Assembly on Monday in New York, they exchanged a brief and polite handshake before getting down to discussions. 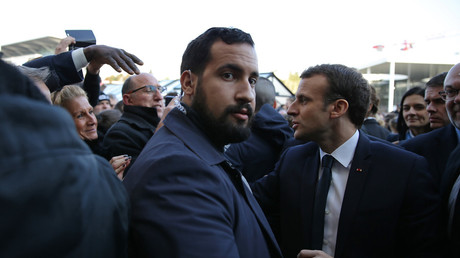 The White House described the talks with the watery statement: “Both leaders reaffirmed their commitment to closely coordinate to address global challenges.” French officials described the meeting as “cordial.”

Yet, while the bromance may have faded, Macron seems to have learned from his bigger, brasher, US counterpart. His bold statement on refusing to make trade deals with anyone who disrespects the Paris accord sounded remarkably similar to Trumps rhetoric on Iran last month, after US sanctions came into force.

Whereas Trump called nation states “the only vehicle where freedom has survived,” Macron described nationalism as as “failed” system that would only lead to bloodshed. Macron also aped Trumps rhetoric when he described unilateralism and nationalism as old “dogmas,” the same word Trump used to describe the doctrines of multilateralism.

Whatever the state of the bromance, Trump is tentatively scheduled to visit Paris in November to commemorate 100 years since the end of World War 1.

What is the government’s working majority in parliament? 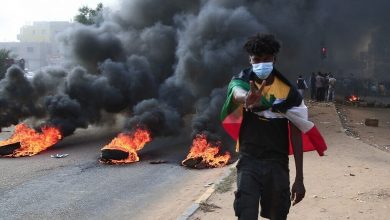