Europe must fight for its culture and values amidst the migration crisis, Czech Prime Minister Andrej Babis has declared. He says recent riots in Germany show how the uncontrolled influx of migrants leads to explosive situations.

“Chemnitz is just right around the corner!” Babis said on Sunday, recalling the chaos that engulfed the eastern German city last week during pro and anti-migrant rallies held there. “Ive been thoroughly explaining that this is a fight to preserve our European civilization and culture. We dont want to live in Africa or the Middle East here. We must fight for our values.”

“Have you seen the pictures of migrant ships heading for tourist beaches? Europeans are shocked and frightened. The same thing happened in Chemnitz. There was not only a murder committed, but also the murders of teenage girls and sexual assaults,” Babis went on.

Chemnitz became the scene of standoffs between anti-migrant protesters and anti-fascists after a local German man was killed in a brawl with migrants from Iraq and Syria. The ensuing violence was condemned by the authorities, and Foreign Minister Heiko Maas called on Germans to stand up against right-wing extremism.

Speaking on Czech TV channel Prima, Babis stressed that events in Chemnitz demonstrate how the influx of migrants creates explosive situations, when foreigners clash with native-born citizens. Such cases are very dangerous for Europe, as the tensions in Germany also affect neighboring countries, he said.

The minister reiterated his long-standing opposition to the European Commissions attempts to force his country into accepting migrants. He blasted the existing EU migration policies, and argued that European states must “unite” to come up with a viable solution on migration crisis.

Andrej Babis spent last week traveling to Italy, Hungary, and Malta, where he sought solidarity with his approach to tackling migration. He is set to meet German Chancellor Angela Merkel in Berlin on Wednesday. Foreign Affairs Minister Maas had earlier argued that the EU shouldnt simply force its individual members into accepting asylum-seekers – a move that was commended by Babis. 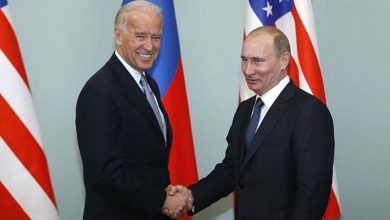