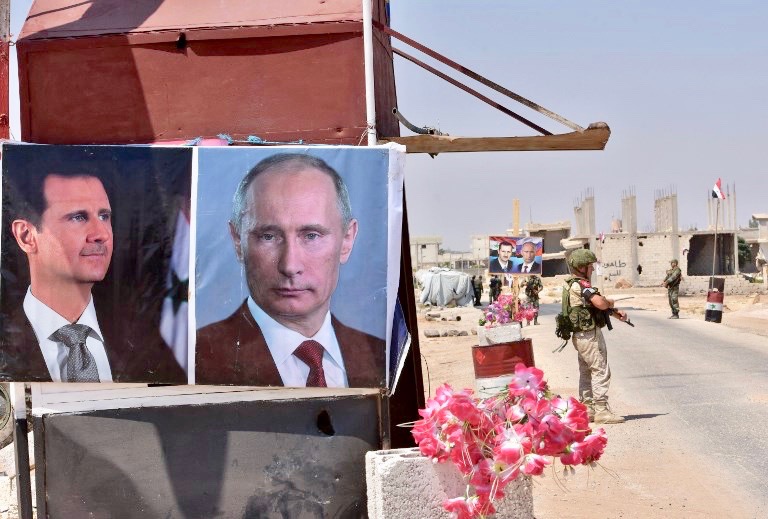 A pregnant woman and her daughter were killed on Saturday by government artillery fire on Syria's Idlib province, a monitor said, as Damascus prepares an assault on the country's last major rebel bastion.

President Bashar al-Assad's forces have been amassing along Idlib's borders for weeks and shelling rebel-held territory on a daily basis, AFP said, citing the Britain-based Syrian Observatory for Human Rights.

On Saturday near the city of Jisr al-Shughur, "a pregnant woman and her daughter were killed by these regime strikes", the Observatory said, reporting similar artillery fire in other rebel-held areas. Experts say Jisr al-Shughur may be a key target if the government and its Russian ally were to launch an offensive on the region.

Idlib is adjacent to Latakia province, the coastal heartland of Assad's Alawite minority and also home to the Russian military airport of Hmeimim. Idlib and surrounding areas are the last major enclave held by rebels opposed to Assad.

In recent days, Damascus and Moscow have stepped up warnings of an imminent assault on the province, which also shares a border with Turkey and is dominated by Hayat Tahrir al-Sham, a militant alliance led by the former branch of Al-Qaeda in Syria.

Turkish troops are stationed in Idlib and rebel-backer Ankara fears an assault on the province may spark a new influx of refugees.

US Secretary of State Mike Pompeo recently said the United States views any government assault on Idlib as an escalation of the Syrian conflict, and the State Department warned that Washington would respond to any chemical attack by Damascus, Reuters reported.

"The US sees this as an escalation of an already dangerous conflict," Pompeo said in a post on Twitter in which he also blasted Russian Foreign Minister Sergei Lavrov for "defending (the) Syrian and Russian assault."

Lavrov said the Syrian government had every right to chase militants out of Idlib and that talks continued on establishing humanitarian corridors there.

Idlib is home to more than three million Syrians and thousands have been displaced to the province from former rebel-held strongholds lost to government forces.

Pictures of Russian ships gathering in the Mediterranean have sparked further concerns of an imminent assault.

An attack on Idlib by Damascus and Moscow could be the last major battle of the civil war that has torn Syria apart since 2011.

More than 350,000 people have been killed and millions displaced since Syria's war started with the brutal repression of anti-government protests.

Turkish ministers to travel to Russia to discuss situation in Syria: Report