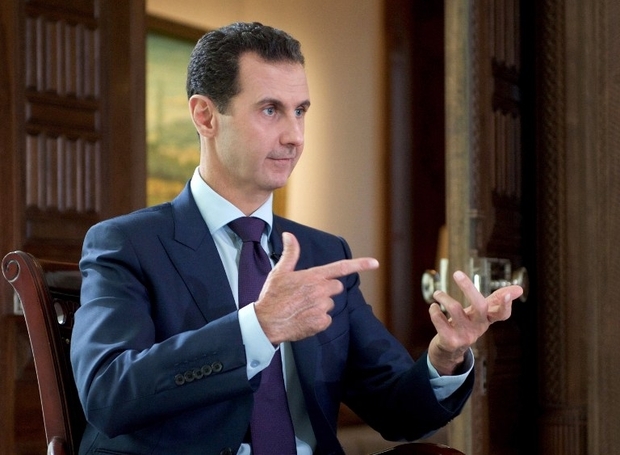 Syrian opposition newspaper Zaman al-Wasl has exclusively revealed details about a secret underground prison located near one of the palaces of Syrian President Bashar al-Assad in Damascus.

"The secret prison was built after Bashar al-Assad rose to power. It is located 20 meters deep underground and is overlooking the Mezzeh military airport," a source, who was one of the co-founders of the prison but split away from the regime and fled to Europe, told Zaman al-Wasl.

The source added that each room in the prison is 30 meters long, 16 meters wide and 4.5 meters high, and is divided into solitary cells (around 290 cm x 260 cm) separated by approximately 1 meter-wide corridors.

The source detailed to Zaman al-Wasl the types of torture exercised in the secret prison, and said that a colonel named Marwan Mahmoud once gathered a number of guards and made them turn around him and bark like dogs.

A number of North Korean experts were present at one of the prisons secret tunnels in order to supervise the installation of devices, which were meant to suck air from the tunnel, according to the Syrian opposition newspaper.

Jordan concerned about the US plan

Jordanian politicians have warned against the US administrations plan that aims to eliminate the Palestinian refugee issue, according to the Jordanian newspaper al-Ghad.

It is expected that President Donald Trumps administration will reveal the details of the plan at the beginning of next month, amid its attempts to stifle the work and funding of the United Nations Relief and Works Agency for Palestine Refugees in the Near East (UNRWA).

A number of Jordanian politicians have said that what is being circulated among international media about the plan, which includes Washington's recognition of only about 10 percent of the recognised Palestinian refugees, "undermines the chances of peace and denies the United States the position of an honest partner in the peace process," according to the paper.

"The US plan, through which President Trumps administration is seeking to strip millions of Palestinian refugees of their status, is meant to remove the refugee issue from the Israeli-Palestinian negotiating table, especially after Washington has recognised Jerusalem as the capital of Israel and transferred its embassy there," said Hayel Daoud, former minister and one of the leading figures of the Islamic Centrist Party.

Daoud stressed that this move "confirms the US administrations abandonment of the two-state solution in favour of Israeli Prime Minister Benjamin Netanyahu's anti-peace agenda".

Former Jordanian minister Mujhim al-Kharisha also said that the new US plan "means the recognition of the Israeli greed that violates the international law, especially since Trump has already recognised Jerusalem as the capital of the state of Israel and transferred his embassy from Tel Aviv to Jerusalem."

The polluted water crisis in southern Iraqs Basra has been worsening day after day, amid fears of the spread of cholera, Saudi newspaper Al-Sharq Al-Awsat reports.

During a visit to Basra on Saturday, Iraqi Health Minister Adela Humood announced that 1,500 infection cases have been registered, with no cases of cholera.

However, the health directorate in Basra denied these figures and later announced that there are 17,000 infection cases, according to the Saudi daily.

The director-general of the health directorate, Riyadh Abdul Ameer, confirmed that 17,000 cases of infection with intestinal colic and diarrhoea were registered during the past two weeks because of contaminated water. He said that about 20 percent of the cases have symptoms of a cholera epidemic.

"The hospitals in Basra receive about 1,500 infection cases per day on a continuous basis," Abdul Ameer said.

Panic in Algeria over cholera

The emergence of cholera has caused panic among Algerians as hospitals and medical centres in the country have registered a large number of visitors undergoing the necessary medical tests for fear of catching the disease, according to the Algerian newspaper Echorouk El Yawmi.

This has caused great overcrowding in medical facilities, which has negatively affected the services offered to people suffering from chronic conditions and diseases, such as diabetes and high blood pressure, the Algerian daily reports.

A doctor in an Algerian medical centre told the paper that the admission of people suffering from chronic diseases and conditions has not stopped, but they have now been joined by vicitms of food poisoning, which became prevalent during the recent heat wave, as well as "people who have been afraid" of catching the cholera.