Fans, friends and peers alike have been left heartbroken by the death of Aretha Franklin.

The Queen Of Soul passed away at her home in Detroit aged 76 yesterday, following a battle with pancreatic cancer.

And Ariana Grande was given the monumental task of paying tribute to the music legend on The Tonight Show with Jimmy Fallon.

The 25-year-old was on the talk show to promote the release of her new album Sweetener, but was asked to perform one of Arethas songs on the show after news of her passing broke.

According to TMZ, Ariana was originally meant to perform in a comedy skit, but was asked upon arrival by producers to perform an Aretha song in her honour.

The No Tears Left To Cry singer told producers that she was too emotional following her heros death to do it, but was eventually convinced by Questlove to sing with The Roots.

Ariana opened The Tonight Show with an emotional rendition of the Aretha classic (You Make Me Feel Like A) Natural Woman, and she received a standing ovation for the performance.

TMZ report that after she finished the song, Ariana left the stage and broke down in tears.

Before filming the show, Ariana shared a black and white picture of her hugging the Respect singer, with an Instagram caption of hearts.

A host of celebrities have paid tribute to Franklin, including songwriter Carole King, Barbara Streisand, Diana Ross and Elton John.

The family of Aretha Franklin are believed to be planning a public memorial at the Charles H Wright Museum of African American History in Detroit, as they expect thousands of fans will want to pay their respects.

The viewing is believed to be an open casket, according to TMZ.

MORE: Blossoms release homage to Back To The Future with How Long Will This Last? as they confess Twitter spat was fake 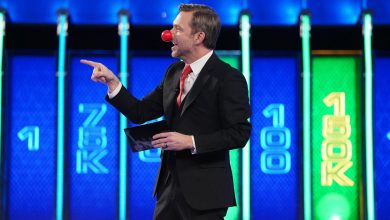