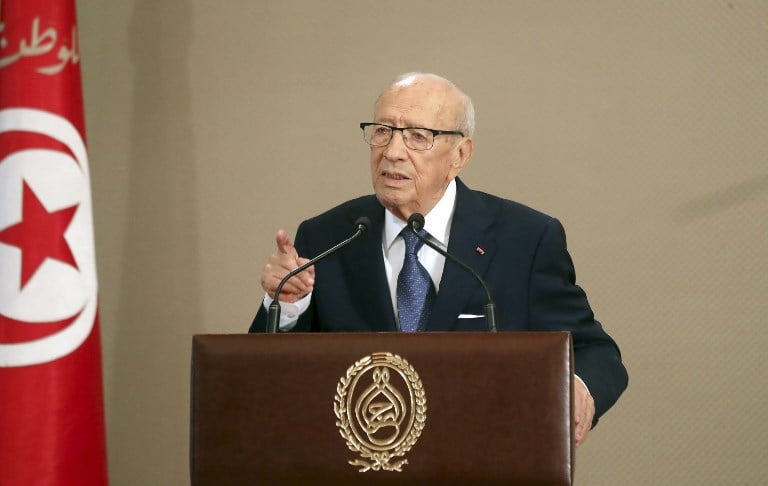 Tunisian President Beji Caid Essebsi announced on Monday that he supports calls for enshrining inheritance equality between men and women, despite protests opposing the proposition.

“I propose equal inheritance to become law,” Essebsi said in a televised speech on the occasion of National Womens Day in Tunisia.

On Saturday, thousands demonstrated in front of the Tunisian parliament and in several cities against a bill proposing gender equality in inheritance laws, which would contradict provisions in Islamic law.

They called for implementing Islamic law when it comes to inheritance.

Essebsi, however, said those who favour Islamic laws should have the choice to refer to them.

The Tunisian constitution, approved in 2014 in a process hailed internationally for its inclusiveness of secular and religious views, safeguards gender equality in general, but does not specify inheritance laws.

A report published by the commitee in June recommended legislation that enshrines inheritance equality. Other controversial recommendations included repealing the death penalty and decriminalising homosexuality.

The recommendations were rejected by conservative Tunisians, including the former Minister of Religious Affairs Nour al-Din al-Khadimi, who told the BBC that some of the recommendations “contradicted Tunisian identity".

The Ennahda movement stressed the importance of “deepening discussion and dialogue on the content of the report” and “the value of rights, freedoms and equality between the sexes”.

Tunisia has been ruled by a secular-Islamist alliance since the 2011 revolution that toppled longtime dictator Zein el-Abedin Ben Ali.

Israel is making the case for war, in public, against Lebanon