A photo of a scribbled team line-up, spotted in the hands of an assistant coach, threatens to sour the unusually cordial World Cup relations between the England team and its travelling media pack.

While counterparts had their lenses tracking the players before Sunday's game against Panama, the London Evening Standard newspaper's Jeremy Selywn snapped a piece of paper in the hands of Steve Holland showing players in formation.

Now the England camp is actually asking media: Are you with us or against us?

"Try to keep it to yourself and don't bring it out to the world, because it's not going to help us come the later stages of the tournament," defender Kyle Walker said on Friday.

"You guys have to do your little bit. So if you could just please help us with that, it would be polite."

Holland apologised to the squad at training on Friday in Repino, near Saint Petersburg.

"We had a bit of banter with him about, and that was it," Walker said. "We knocked it on the head at that."

The revelation was the first indication the squad had that Raheem Sterling could be dropped, after struggling to make an impression in the opening win against Tunisia, with Marcus Rashford to replace him alongside captain Harry Kane.

Southgate, though, wasn't planning to disclose the starting XI until Saturday when the English fly to Nizhny Novgorod to play Panama.

"Obviously any time, if we were to give the opposition the opportunity of having our team, it's a disadvantage to us," Southgate told Talksport radio station.

"So of course our media has to decide whether they want to help the team or not. Given that was just a squad list, it doesn't make any difference to us really."

In keeping with his relaxed persona, Southgate went on to emphasise that the incident was "no drama" as the players and media enjoy a more open environment than at previous tournaments.

"Let's just be clear on one thing," tweeted Matt Law, a football writer for the Daily Telegraph newspaper.

"The pic of the England team was taken in an OPEN training session in which photographers and cameramen are invited to take pictures. You may not agree with it being published, but there was certainly no hiding in bushes." 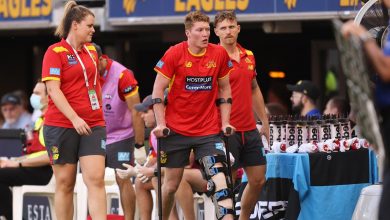