Socceroo boss Bert van Marwijk could only rue his team's inability to convert its second half chances as he contemplated another good Australia performance which did not get the reward it deserved.

The 1-1 draw against Denmark means Australia has a point and a chance to progress, depending on other results, but Van Marwijk believes it should be more – and few would disagree.

"Besides the first 15 minutes we played very and had chances to win and deserved to win so I'm disappointed," he told journalists.

He fielded an unchanged line up for the game against the Danes, but will have to find a new front line striker for the final game against Peru as Andrew Nabbout injured his shoulder badly in the second half.

"I think the tournament is over for him," the Dutchman said.

Van Marwijk thought his side were better than the Danes for all but the opening exchanges.

"After 15, 20 minutes we started to play the way we like to play and to build up and take possession in the midfield and to find our free man there.

"In the first 15 minutes maybe we were a little bit restless but after that we started to play football and were confident on the ball … we controlled big parts of the game and in the first half there were not many chances but in the second half, yeah, we played very well and created chances.

"Unbelievable that we didn't score."

He was also full of praise for teenage sensation Daniel Arzani, who gave Australia a huge lift when he came on and ran at tiring Danish defenders.

"Everybody knows he's a big talent. He doesn't play so long in the Australian competition so I think it's an exception that I nominated him.

"He has to learn a lot but he's a very talented and he is also a very encouraging player. I think it's good for him to now play 35 minutes and I will see what we will do in the next game."

Can the Socceroos get out of the group, he was asked?

Michael Lynch, The Age's expert on soccer, has had extensive experience of high level journalism in the UK and Australia. Michael has covered the Socceroos through Asia, Europe and South America in their past three World Cup campaigns. He has also reported on Grands Prix and top class motor sport from Asia and Europe. He has won several national media awards for both sports and industry journalism. 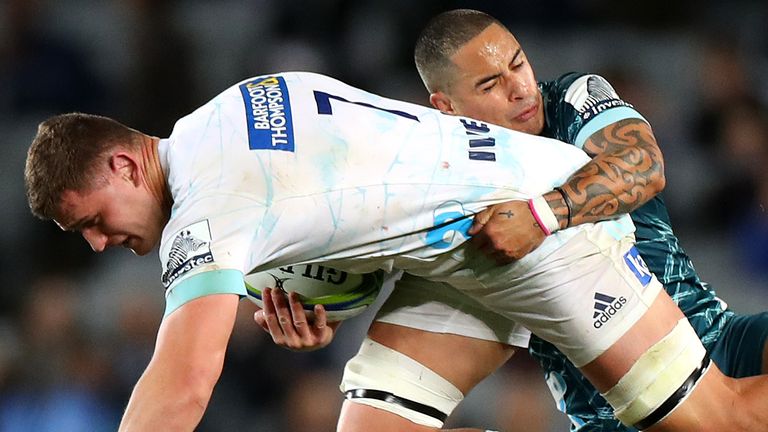 Super Rugby Aotearoa team of the week: Ten All Blacks selected from round three

Why Winx is perfection on four legs