Police have arrested a man on suspicion of murdering XXXTentacion.

According to TMZ, 22-year-old Dedrick D Williams has been taken into custody on one count of first degree murder.

He is currently being held at Broward County Sheriffs department.

Dedrick is being accused of shooting dead 20-year-old rapper XXXTentacion in South Florida during an armed robbery on Monday.

The rapper, real name Jahseh Onfroy, was shot and died at the scene.

A statement from the Broward County Sherriffs Office added that the incident was a likely robbery as his Louis Vuitton bag was stolen.

The dispatch calls also claim that he may have been the victim of a drive-by shooting; Broward County Fire Department has confirmed that XXXTentacion has been transported to a hospital but say his current condition is not yet known.

XXXTentacion shot to fame with the song Look At Me, which has been streamed 81 million times on Spotify.

His debut album reached number one on the Billboard charts.

MORE: Police forced to shut down XXXTentacion memorial in LA after rappers mourning fans cause chaos 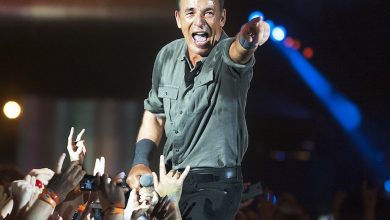