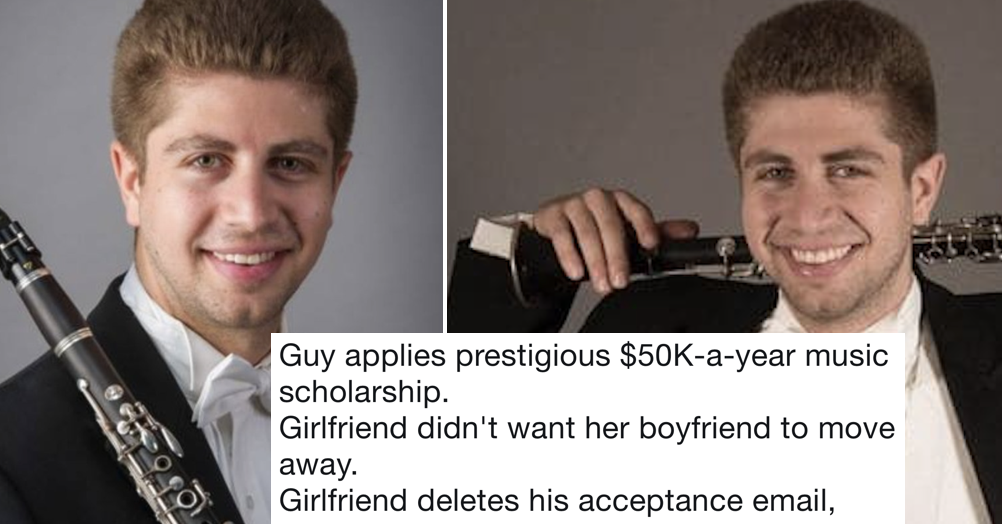 Its not a competition but if it was, then this one would win.

Heres a little bit of the story from the Montreal Gazette but click here for the whole thing.

McGill University music student Eric Abramovitz was among the top clarinetists in Canada.

In late 2013, Abramovitz applied for a full two-year scholarship to complete his bachelors degree at the Colburn Conservatory of Music in Los Angeles.

If accepted, he would study under Yehuda Gilad, considered one of the best clarinet teachers on the planet.

A month later, Colburn sent an email to Abramovitz. He had been chosen.

Except Abramovitz never got the email.

Jennifer Lee, a fellow McGill music student and Abramovitzs girlfriend at the time, did. They had started dating in September 2013, and within a month he was staying at her apartment almost full time. He trusted her. He let her use his laptop. He gave her his passwords.

Scared he would move away and perhaps no longer be in a relationship with her, Lee deleted the email. She sent the Colburn Conservatory of Music an email, pretending to be Abramovitz, refusing the offer because he would “be elsewhere.”

Go here for the full story which ended up in court with McGill being awarded $350,000.

And here is the judge describing what appears to have happened.

She then composed and sent an email to Mr Abramovitz, purportedly from Mr Gilad, using an email address she apparently established herself: [email protected] In this fake email, Ms Lee wrote that Mr Abramovitz had not been accepted at [Colburn].

Instead, Ms Lee wrote (under Mr Gilads name), Mr Abramovitz was offered a position studying with Mr Gilad at the University of Southern California (USC), with a scholarship of US $5,000 per year. Annual tuition at USC was about US $51,000.

Ms Lee knew about Mr Abramovitzs financial circumstances and that he would not be able to accept the fake offer she had created for a position at USC. Mr Abramovitz was completely taken in by this deception.”

This story is bonkers https://t.co/2iqUUnQo7f

bet he'll never give anyone his password again https://t.co/un1DEfTQQm

Well, looks like he is making out well despite it. Every great Clarinetist has a great psychopath standing behind him…https://t.co/PrlyKqjoD3 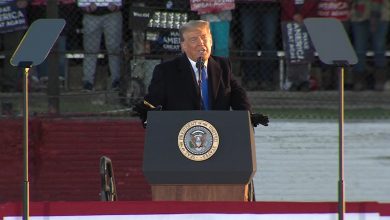 Has the government’s silence on Brexit now become untenable?