Gold Coast co-captain and free agent forward Tom Lynch has not checked out of the club, as has been suggested, according to his manager.

As Lynch weighs up his future and whether he will remain with the Suns or return to Victoria at seasons end, his manager Paul Connors told Fairfax Media that the key forward and Suns co-captain could not be more engaged or committed to his teammates.

In no circumstances has he checked out, said Connors, who has yet to have discussions with the Suns about the contract of Lynch, a restricted free agent.

Connors pointed out that Lynch – who is of interest to Richmond, Hawthorn and Collingwood – was returning from a knee injury that had seen him sit down for three matches.

Hes returning from a knee injury and he couldnt be more committed to his teammates and to leading his team as best he can.

Lynch, who shares the captaincy with Steven May, is understood to be still troubled by his sore knee, which saw him miss three matches from rounds 7 to 9.

He was below his best in the Suns last two huge losses to Geelong and Greater Western Sydney, managing only two marks against the Giants.

Lynch had carried the knee injury before the decision was made to allow him to recover following the round six loss to the Crows. After booting 14 goals in the opening five games – including a haul of eight against Carlton – the key forwards form tailed off.

Money will have little bearing on Lynchs decision about where he plays next year, since the offers from the relevant Melbourne clubs will not exceed what the Suns can pay him.

As the premiers from last year, Richmonds salary cap is obviously tight and it is unclear how the Tigers would make room, while Collingwood still has a large contingent of out of contract players, including Darcy Moore, Jordan De Goey and Jamie Elliott.

With Lynch a restricted free agent, Gold Coast can match the offer if he exercises his free-agent rights, although no club has yet matched a free-agent offer, with Patrick Dangerfield traded to the Cats when Adelaide indicated that it was willing to match the Geelong offer.

Lynch is the biggest name among the free agents in the marketplace this year, followed by West Coast pair Jeremy McGovern and Andrew Gaff. Melbournes Tom McDonald, who was a restricted free agent, has signed a hefty new long-term deal with the Demons. 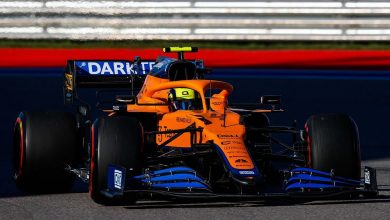