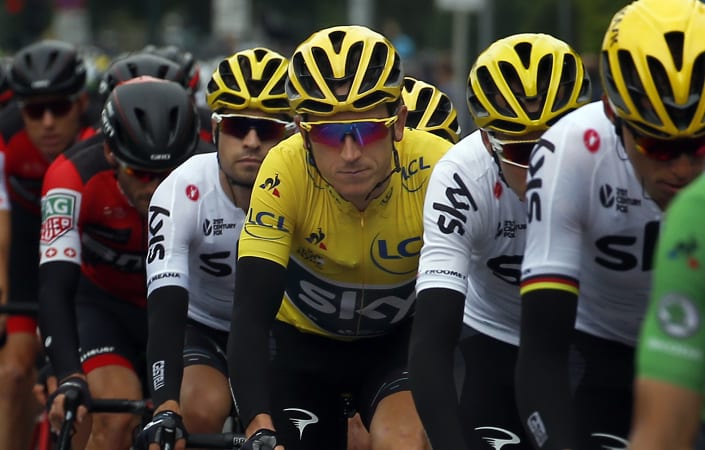 Team Sky's Thomas suffered two punctures during the 136-kilometre stage from Moutiers to Saint-Gervais Mont Blanc, but took a wheel from a teammate on the second occasion and was paced back to the peloton by Michal Kwiatkowski and Dylan van Baarle.

The 32-year-old Welshman eventually finished fifth, 19 seconds behind Yates whose 10-second time bonus for winning the stage reduced his overall deficit to Thomas to one minute exactly.

"It's amazing to win such a prestigious race," Thomas told the race's official website.

"It's incredible. I didn't let myself think so far ahead. I was always thinking of the next day or the next day. Now I realise I've won a massive race.

"Punctures today didn't really help. I had to chase back on. The guys rode really well for me. On the last climb, I just knew I had about 1 min 20 to lose on Yatesy.

"Each kilometre I was more confident and happier. Finally, at 200 (metres) to go, when they started sprinting for the win, I was relieved. I can rest a little bit and wait for July. This is a confidence booster for the Tour (de France)."

Spain's Daniel Navarro (Cofidis) had looked set to win the stage until Yates launched a late attack from the chasing group and caught Navarro on the final bend.

Kyrgios in a fight to prove his French Open fitness