Walker Hayes and his wife Laney are mourning the loss of their seventh child.

He wrote: It is with great sadness that Laney and I share with you the news that our sweet Oakleigh Klover Hayes was born this morning at the hospital and is now safely in heaven. Thank you for honouring our privacy as we grieve.

His spokesperson added: Walker has cancelled his immediate upcoming appearances to be home with Laney and their children. We ask that everyone respectfully give them their privacy at this difficult time.

The 38-year-old was set to perform at Wednesday nights CMT Music Awards but did not attend the event.

He and Laney had originally planned for Oakleigh to be a home water birth.

Hayes last public appearance with his then pregnant wife was on 15 April at the 53rd Academy of Country Music Awards in Las Vegas.

The couple met while in high school and for Valentines Day this year, Walker posted a school picture from the first day he met her.

The couple have six children, and in 2017 he told People that they planned to have just four children, but kept going.

Walker said: Everybody thinks Im crazy having six kids and chasing this dream.

His children are very supportive of his music career, and thinks hes Adam Levine.

Theyre just kids, but them being proud of me means so much to me, and I can tell that they are. They are my favorite things about life. I love each and every one of these kids and I cant wait for another one. Theyre all so beautiful and incredible, and watching them grow is the best thing I get to do on earth.

Thirty Seconds to Mars at the 02 review: Giant balloons, a technicolour poncho and Chester Bennington love 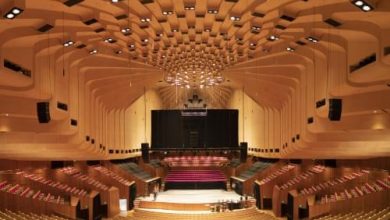 Roger Daltrey net worth, age, and battle with meningitis