Tehran has said it is revamping its uranium enrichment program, phased out under the nuclear deal. As part of the new build-up, it will boost production of UF6, a gas needed to produce fuel for nuclear reactors and weapons.

The move was announced by Irans Atomic Energy Organization (AEOI) spokesman Behrouz Kamalvandi. The International Atomic Energy Agency (IAEA), which oversees Irans compliance with the 2015 JCPOA deal, will be notified of the changes on Tuesday, he told the ISNA news agency.

“In a letter that will be handed over to the International Atomic Energy Agency … Iran will announce that the process of increasing the capacity to produce … UF6 (uranium hexafluoride) … will start on Tuesday,” he said.

The spokesman said it was being done on the orders of Iranian Supreme Leader Ayatollah Ali Khamenei, who said in a speech on Monday that AEOI must promptly prepare to start uranium enrichment “up to a level of 190,000 SWU for the time being within the framework of the JCPOA (Joint Comprehensive Plan of Action).”

SWU or “separative work unit” is a standard measure of the effort needed to separate isotopes of uranium during an enrichment process. 1 SWU equals 1 kg of such effort.

Previously, Irans Atomic Energy Agency estimated that its enrichment capacity will reach 190,000 SWUs by the 15th year after the deal comes into effect. For that purpose, Iran planned to gradually increase its number of centrifuges, while staying within the scope of the deal.

Speaking to ISNA, Kamalvandi stressed that, by boosting its nuclear program, Iran does not seek to develop nuclear weapons. “Our goals are not to achieve a nuclear weapon, and its against our religious stance.”

“The message of our actions is that we will maintain our capacity for activation at a high level, and if we agreed to limit it now, it is because the parties must adhere to their commitments,” he said.

After the US exit from the deal on May 8, other parties to the landmark agreement, including France, the UK, and Germany vowed to abide by the deal and keep it intact, despite the US withdrawal. However, European nations followed the lead of Washington in demanding that Irans missile program and its regional posture must be a part of any future negotiations for a post-deal security framework. Iran has vehemently refused to tie its ballistic missile program, which has not been a part of the original agreement, to the deal and has called on Europe to compensate it for the impact that the reimposed US sanctions will have on its economy. On Monday, Khamenei said Europe should not expect Teheran to stay in the deal if it does nothing to shield it from the brunt of punitive measures coming its way. 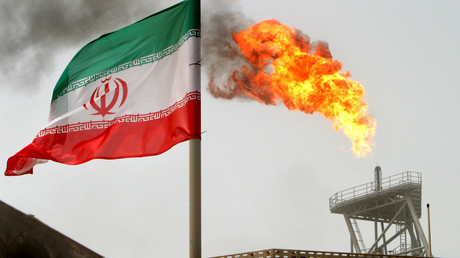 “It seems from what they say that some European governments expect the Iranian nation to both put up with sanctions and give up its nuclear activities and continue to observe limitations [on its nuclear program]. I tell those governments that this bad dream will never come true,” he said.

He again ruled out that Iran might agree to curtail its ballistic missile development, saying that its wishful thinking by Europe if it believes otherwise.

“I am telling the Europeans, Limiting our missile work is a dream that will never come true,” Khamenei stressed.

One of the major points of Irans ultimatum to Europe is that it must offset the damage inflicted on its energy industry by buying Iranian oil and protecting trade with the Islamic Republic by providing banking guarantees.

Last week, a senior adviser to Khamenei, Ali Akbar Velayati, told Iranian media that the continuation of the talks would depend on Europes readiness to meet these demands.

“We will preserve Irans regional and missile power to kill US with envy,” he added.