The beef between Drake and Pusha T has reached fever pitch, with the internet abuzz over Pusha Ts latest diss track.

But the cover art for the song is causing perhaps even more controversy.

The cover of the song shows a young Drake in shocking minstrel-style blackface, while wearing a Jim Crow t-shirt.

When the image was shared by Pusha T, many believed the picture had been edited – but it turns out the photo is the real deal.

Pusha, real name Terrence LeVarr Thornton, tweeted: Please stop referring to this picture as “artwork”…Im not an internet baby, I dont edit images…this is a REAL picture…these are his truths, see for yourself.

The 41-year-old shared a link to the photographer David Leyes website, which featured the blackface images on his homepage gallery.

While the images have been removed from Leyes homepage now, people have circulated alleged screenshots of comments Leyes made, in which he defended the 2008 shoot.

He reportedly wrote: Ask Drake… I captured his idea.

For sure I took it!!! Im proud to be part of a strong statement made by a black man about the fucked up culture he is living in.

It has been claimed that the shoot was done in association with the brand Too Black Guys, with Drake previously wearing clothes from the labels Jim Crow Couture range.

In a now-deleted tweet, Leyes asked Pusha Ts manager to take down the Drake photo.

It was since reported on Pushas Instagram and removed, with the rapper writing: First time this has happened to me…

In The Story of Adidon, Pusha T raps about Drakes race, saying: Confused always felt you werent black enough, afraid to grow it because your fro wasnt nap enough.

MORE: Roseanne Barr returns to Twitter to defend herself after telling fans she doesnt deserve defense

Can you still get Spice Girls 2019 tour tickets as they perform at Wembley? 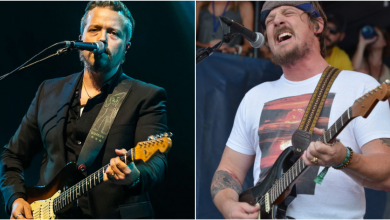 From the US Navy to Martin Scorsese’s next film: Country star Sturgill Simpson’s wild voyage