Peter Jackson suggests Liam Jurrah could have been to Melbourne what Michael Long is to Essendon and Cyril Rioli is to Hawthorn. That Jurrah wasnt, comes down to a lack of readiness to transition into the life of an AFL footballer in the metropolis.

“That goes to the heart of what were trying to do up there,” outgoing Demons chief executive Jackson told The Sunday Age.

Jurrahs story of meteoric rise and dramatic, complicated fall, is well-documented. Two years after his departure from Melbourne, another Indigenous Demon, Dom Barry, quit the club. His tale has now been celebrated. After immersing himself in cultural ceremonies in the APY lands of remote South Australia, Barry revived his football career, dominating with Glenelg in the SANFL before being drafted by Port Adelaide at the end of last year.

Melbourne recognised they needed to do more to help integrate players from remote Indigenous communities. Former Demon Matthew Whelan returned to the the club as Indigenous Project Officer. The club strengthened its ties with the community of Central Australia, and in particular with the community-based Redtails Football Club, a Central Australian side whose players can only get a game if they are working or studying. The curtain-raiser to Melbournes clash with Adelaide at Traeger Park on Sunday features the Redtails, a Central Australia representative side, against the Top End Storm. One of the Redtails is Dylan Barry, 20, a rising star with the Northern Territory Football Leagues Southern Crocs.

Dylan will fly back to Melbourne with the Demons on Sunday night, spending two weeks at the Demons and VFL affiliate Casey, while playing for local club Mount Eliza. When he walks through the doors at AAMI Park next week, Dylan wont be stepping into entirely uncharted territory for his family. The Alice Springs native is Doms cousin, and his backers suggest he has what it takes to make it in the AFL.

The idea of the next fortnight is for Dylan to get used to life in Melbourne, with a view to possibly playing at Casey next year.

Demons football chief Josh Mahoney says Dylan recently told him that seeing Dom get a second chance had motivated Dylan to do everything he can to get back to the AFL. And that can have a domino effect.

“Hell go back and tell some stories and motivate others. We hope thats the start of many opportunities we can create,” Mahoney said.

Dylan teaches at a primary school in Alice Springs, and recently won the “trainee of the year award” at the GTNT awards, which reward those excelling in apprenticeships.

“Hes a hard player. Hes AFL-quality. If hes fully fit, theyre going to go wow! Hes got a crazy left foot, he can kick a goal from anywhere.

“Nothings guaranteed but hes done all the right things. Hes trained his backside off, hes done all the program that Melbourne sent him, hes brought his two kilometre time-trial down by two minutes.”

Clarke is also excited about the resurgence of Gibson Turner, the former Richmond rookie who is now starring for West Adelaide's reserves. Turner will also played for Redtails on Sunday before returning to Adelaide.

Mahoney is cautiously optimistic about Barry. “We think hes a player that, given an opportunity, can really maximise his potential,” he said.

“I think from all the examples of players weve had from the Northern Territory weve learned different things. The first thing is, not everyone's the same.

“Everyone comes from different backgrounds up there. Everyones got their own challenges. All we can do is try to create an environment at the footy club that is able to make everyone feel comfortable.

“What were working on at the moment [is] building a pathway in Alice Springs [so] we can start educating players when theyre young about what its going to look like, being in an AFL environment.”

He knows its not all about football though. The Demons want to make a difference, and have become involved in campaigns for trachoma awareness, against family violence, and improving nutrition choices.

“We see that first-hand every time we go to Alice Springs, the impact that AFL has on the communities, the storytelling and the messaging that we as AFL people, and our players, the impact they can have.”

Melbournes Alice Springs odyssey may end up being among the most lasting legacies of Jacksons time at the helm.

“The Alice Springs game has become very important to us for a few reasons,” Jackson said.

"Weve got our next generation academy up there and really intuitively theres got to be a lot of talent around central Australia. Theres a lot of AFL talent in the Northern Territory generally, weve seen that over the years. I think everyone would admit that the player pathways are not as good in Central Australia as they are at the Top End and they need to be built.

“Our relationship with the Redtails to build programs that will improve life skills, thats as important as identifying the talent itself. So therefore the game, and the presence up there of an AFL club in Alice Springs, reinforces that there is a hope and an opportunity to do that. When we find the next Liam Jurrah he could be as important to this club as Michael Long was, and still is, to Essendon.”

Daniel is an Age sports reporter. 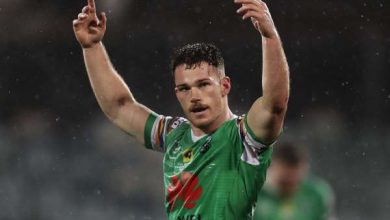