Golden Slipper runner Sizzling Belle is gunning for her first group win on Saturday before the Canberra filly enjoys a lenghthy spell in Queensland.

Sizzling Belle will jump for the third time in as many weeks at Doomben when she runs in the group 2 race five (1350 metres) in Brisbane on Saturday.

The two-year-old burst onto the scene winning her first three starts before running second in the group 3 Black Opal Stakes in March.

She posted a respectable ninth in the $3.5 million Golden Slipper, before trainer Nick Olive took her north after a rocky start Sizzling Belle is starting to find her feet in the step up in class.

The filly never got going in an eighth place finish in the group 2 Champagne Classic (1200m) before placing in the $100,000 Bill Carter Stakes last Saturday.

Olive is confident Sizzling Belle can deliver before she begins a well-earned spell in the paddock.

"Shes handle everything really well up here, she goes into this race a lot fitter and looking forward to stepping up in distance, she'll love a bit more ground," Olive said.

"It is a bit abnormal running three weeks in a row but what happened is her first run she got blocked and basically didn't have a run that day, just a bit of trackwork.

"This one was the main race weve aimed for but she just wasn't fit enough and was just missing that run so to speak, so we raced again last week and she took a lot of fitness out of that.

"She has come on since the Slipper but I think shell come on a lot more with a good spell, after this one she'll go for a good spell up here in the warm weather, then I expect her to really come on."

Olive recorded his 15th winner in the past two months wehn Star of the Clan saluted in race six at Thoroughbred Park on Friday.

"Weve had a really good run with some good winners latley, mainly country stuff but there's nothing wrong with a country winner," Olive said.

"This as good a run as weve had for a while, things are going great guns."

Keith Dryden took out the $50,000 Federal with Like A Shot finishing two lengths clear of Olive's Fire Stoker and Rob Potter's Jar of Hearts.

Meanwhile, Queanbeyan race track will shut down for the third straight winter to avoid unsafe racing if the track becomes too wet. They'll start racing again in September.

Eamonn Tiernan is a sports reporter with The Canberra Times 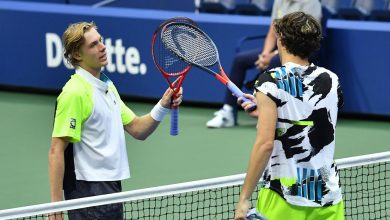 ESPN’s Wilbon Describes the XFL as a ‘Whitewashed, Idealistic Brand’ of Football