One of Kurt Cobains most famous guitars will soon have a new official owner.

The acoustic guitar that the late Nirvana frontman played during their iconic MTV Unplugged session in November 1993 has been awarded to the ex-husband of Cobains daughter, Frances Bean, as part of their divorce settlement.

Frances filed for divorce from Isaiah Silva in March 2016, with their divorce reportedly being finalised back in December.

Cobains guitar became a major bone of contention during the divorce proceedings, with Frances asking the court in January 2017 for them to force Silva to give up the instrument.

Silva had claimed that Frances gifted the guitar to him as a wedding present in June 2014 – although Frances denied that that was true.

TMZ are now reporting that Frances has had to relinquish any ownership of Cobains famed 1959 Martin D-18E guitar to her ex as part of the final divorce settlement.

The publication are also reporting that Silva will only be given the guitar on the condition that his current partner vacates the LA house that the former couple shared when they married. That property is now strictly Frances following the settlement.

The fact that Im sober isnt really public knowledge, decidedly and deliberately, she told her followers. But I think its more important to put aside my fear about being judged or misunderstood or typecast as one specific thing. 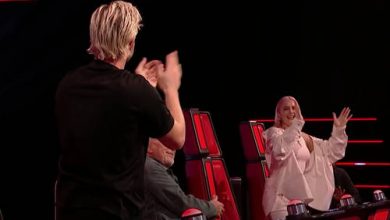 Elvis and Tom Jones new revelations: ‘The King’s friends begged me to save him’