Tencent Holdings, based in Shenzhen, China, is Asias most valuable corporation, and the worlds biggest and most valuable gaming and social media company. In 2017 it reported a net income of $11.5 billion off revenues of $38 billion, and more than two-thirds of the Chinese population use its messaging services WeChat and QQ. Honor of Kings, which it owns, is the top-grossing mobile game in the world.

And yet most people would be hard pressed to give you the names of anyone in the executive suite. Despite the braggadocio of other Chinese CEOs, Tencents Pony Ma has kept a low profile. While its strategy as it moves into Hollywood has yet to be firmly defined, Tencent is disrupting the conventional wisdom of corporations in the Middle Kingdom. Ask around and observers will tell you: this is the one to watch.

Tencent has its tendrils in several Hollywood plays. In January, it took a sizeable minority stake in David Ellisons Skydance, whose Mission: Impossible and Terminator movies are catnip to Chinese audiences (it is co-financing a Terminator reboot). And the company is backing Bob Simonds STX Entertainment as well as Donald Tangs Tang Media Partners. The latter, through the acquisition of IM Global and Open Road Films, created Global Road Entertainment. With Tencent it recently formed and funded a consortium to acquire Hollywood movies for distribution in China.

As its nascent Hollywood ambitions develop, one source with knowledge of the company says it has been quietly talking to further Hollywood players about deals, as it seeks a leg up on content for its Chinese streaming services.

The key difference between Tencent and the other Chinese firms weve seen come and go is that its so big at home that it doesnt really need Hollywood, some opine. But however it plays its hand, dont expect Tencent to make the same mistakes as the overeager, overextended Wanda did in 2017. Despite big ambitions, and pronouncements from Wang Jianlin that he was going to buy one of the major Hollywood studios, his company was ultimately handcuffed by the Chinese government amid a crackdown on capital flight and so-called irrational investments.

By contrast, Tencent, with its low profile and great success story, is a shining beacon for the Middle Kingdom. The government gives it more leeway, were told. And its traded on the Hong Kong and NY stock exchanges, meaning it has plenty of freely-available offshore equity. Says one executive who has been watching the developments: “Theyre smartly quiet in regard to the way they approach investment and only talk when it properly serves the objective. Thats why they really have the wind at their back. Theyre on cruise control without controversy.”

Black Panther, Roma, Wont You Be My Neighbor Among Barack Obamas List Of Favorite Films Of 2018 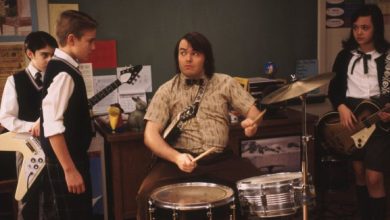 From Amelie to Ferris and Muriel: 10 cheerful films to brighten up lockdown