Staging a missile attack on the Golan Heights makes no sense for Tehran under the current circumstances, military experts told RT. They speculate that Israels claims about the attack lack solid proof and might be agenda-driven.

“Every time one resorts to arms, one seeks to hit some particular targets and has to analyze the potential consequences [of the attack],” Leonid Ivashov, the president of the Academy for Geopolitical Problems and a retired colonel-general of the Russian military intelligence (GRU), told RT. Ivashov was commenting on the reports accusing Irans Quds Force of launching a missile attack on the Israeli-controlled Golan Heights from Syrian territory.

“It would be just egregiously silly to launch a missile targeting the region of Golan Heights [which is heavily guarded by the Israeli Defense Forces (IDF)] as it would certainly prompt military response,” Ivashov said. Iran has “absolutely no reasons” to launch a missile strike against Israel, he added.

The retired colonel-general also drew attention to the fact that Tehran is even less inclined to make such moves at a time when the fate of the 2015 deal on the Iranian nuclear program is in limbo. “Iran is highly interested in keeping the deal” intact, Ivashov said, implying that Tehran would probably avoid any aggressive steps that could spark a backlash from the international community.

Tehran is also not interested in drawing Israel into the Syrian conflict, Dr. Konstantin Sivkov, a military analyst and the head of the Geostrategists Association, told RT. There are no serious reasons for Iranian forces in Syria to attack Israel, he said, adding that “if Israel does engage in the Syrian war, it will have dire consequences both for the Iranians and the Syrians.”

Sivkov also called the latest series of incidents a “dangerous game” that is fraught with perilous consequences, ranging from rapid escalation of tensions in the region to a risk of a global conflict. In the meantime, the analysts drew attention to the fact that the Israeli claims about the suspected Iranian attack actually lack solid proof. 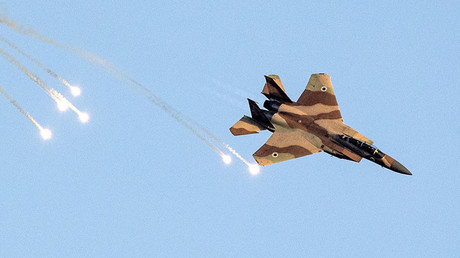 “Israel has so far provided absolutely no evidence of the attack” except for the claims from its military, Ivashov said, adding that Tel Aviv, just like some of its allies in the West, rarely bothers with presenting any evidence that could justify its actions. The Israeli authorities and the military believe “they can launch strikes at will,” he added.

In the meantime, Igor Korotchenko, the editor-in-chief of the National Defense magazine and the member of the Russian Defense Ministrys Public Council, said that Tel Avivs claims might, in fact, be politically motivated. This whole issue “might as well have a political vector aimed at demonizing Iran and its allies,” he told RT.

According to Ivashov, this could also be an attempt to support the US in its decision to withdraw from the nuclear deal with Iran, as the incidents took place just days after US President Donald Trump announced that he would pull the US out of the agreement. Meanwhile, Sivkov said that it is Israel that is actually responsible for the escalation in the region, as it repeatedly carried out strikes against targets in Syrian territory just because it “did not like” the fact that the Iranian forces are present in the war-torn country.

“Syria has a legitimate right to deploy any troops on its territory,” Sivkov said. Israels strikes against the targets located on “the territory of another sovereign state” are a violation of international law and a direct “act of military aggression,” he added. 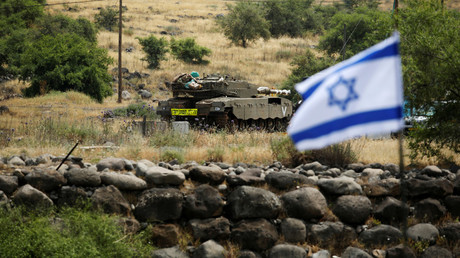 On Wednesday, it was reported that sirens were heard in the occupied Golan Heights. Later, the Israeli media, citing the IDF, said that the local missile defense systems repelled a missile attack, which was supposedly staged by the Iranian Quds Force. Some 20 missiles were launched into the Israeli-controlled territory, according to the media.

In response, the Israeli Air Force launched a massive strike against what they called the Iranian facilities in Syria overnight into Thursday. A total of 70 projectiles, including 60 air-to-surface rockets and more than 10 surface-to-surface missiles, hit Iranian military targets and Syrian air-defense systems near Damascus and in the south of the country on Thursday morning, according to the Russian Defense Ministry.

Three people were killed and another two were injured in the Israeli strike that destroyed a radar station and an arms warehouse and damaged some air defense units, the Syrian SANA state news agency reported.

Tartan weaving in the Highlands has moved a step closer

Tribute to Ken Gunn, Scotland’s master hotelier of the seas